You are at:Home»Obituaries»Obituary: Dale E. Kann 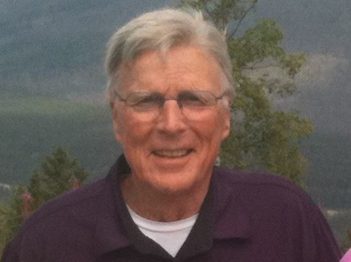 Dale E. Kann, 75 of Carmel passed away Nov. 8. He was born in Shippensburg, Penn., to the late Edwin A. and E. Marie (Riggs) Kann in 1942. Dale married his high school sweetheart, Rosalyn “Rosie” M. Gayman, and they celebrated their 50th wedding anniversary in 2013. He graduated from Shippensburg High School in 1959. He received a bachelor of science degree in business education from Shippensburg State College in 1963 and a master of business administration degree from Indiana University in 1965.

Kann spent his entire career at Eli Lilly and Co., starting as an associate accountant in 1965. He was named executive director of information systems, materials planning and purchasing in 1979. He took a medical retirement from Lilly in 1988. He recently retired from the board of directors of the Shippensburg University Foundation after serving for nearly 30 years.

He was the most proud of his family. He and Rosie spent most of their time traveling the country with friends and family and sharing their lives with children and grandchildren. His generosity knew no bounds and he formed lasting close relationships with nearly everyone he met. His professional relationships always became longtime friends who joined him fishing, hunting and traveling.

A memorial service will be held at Flanner Buchanan, 325 East Carmel Drive, at 12:30 p.m. Nov. 15 with a visitation with the family to follow from 1 to 3 p.m. In lieu of flowers, contributions can be made in his honor to the Wounded Warrior Project and Children’s Organ Transplant Association in Bloomington. Online condolences may be shared by visiting flannerbuchanan.com.