You are at:Home»Night & Day»‘Les Miserables’ will push actors and musicians 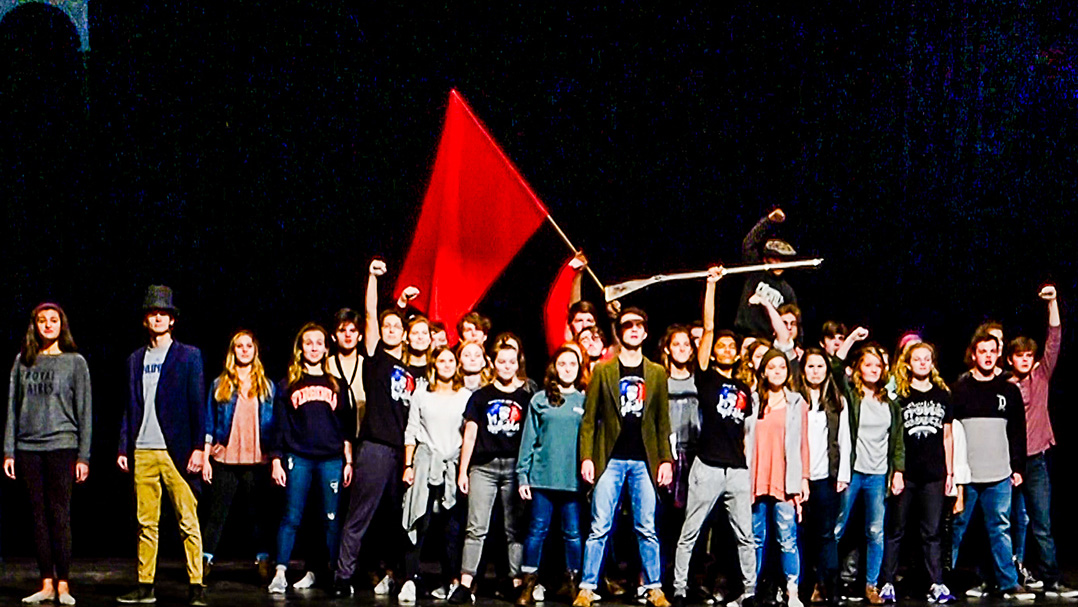 Taking on a production that is almost entirely singing is not an easy feat for professionals, much less amateur performers.

But director Mikayla Koharchik was confident there was enough talent at Zionsville Community High School to stage the school edition of “Les Miserables.”

“I feel like we’re doing the show justice,” Koharchik said. “I picked it knowing that there was enough talent.”

Although high school students have always performed in the orchestra pit for ZCHS musicals, there’s an additional challenge of playing for two hours with the production. Koharchik received a grant from the Zionsville Education Foundation for professional musicians to perform with the students, assist with their parts and serve as mentors.

“It definitely helps to have someone who is better than you teach you to play better,” said senior Declan Nelligan, who plays guitar. He estimated the orchestra for previous productions was about half the size.

“They’re helping us all grow as musicians,” said Rude, who plays French horn. He served on the crew for previous performances and is also impressed with the work being done behind the scenes.

“It’s much larger than anything I’ve seen us do before,” Rude said.

Koharchik said the performance is the biggest she’s undertaken in terms of scope and size.

“Everything else pales in comparison,” she said.

The musical follows the life of Jean Valjean after his release from prison after the French Revolution. The school edition, considered PG-13, is abbreviated for length and might not be best for the entire family, according to Koharchik.