You are at:Home»Lifestyle»Health»City of Fishers launches second Movember campaign 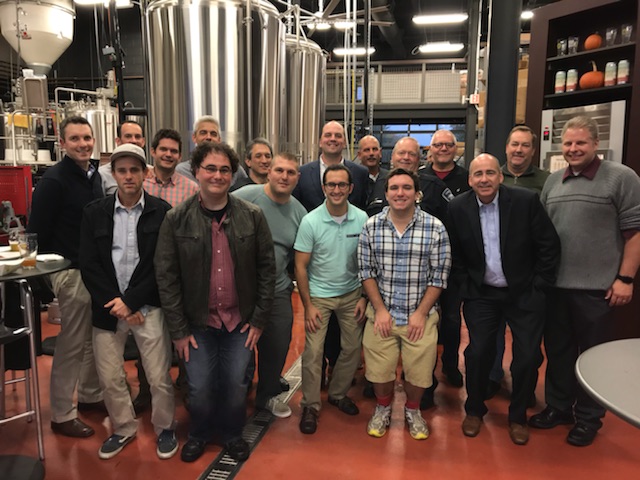 Multiple Movember participants pause for a “before” photo to use in comparison with the “after” photo to be taken Nov. 30 at Four Day Ray Brewing. (Submitted photo)

Men will be growing out their facial hair in an effort to raise awareness for men’s health throughout the month of November. This will be the City of Fishers’ second year with the Movember campaign. A special focus will be placed on men’s mental health during the campaign.

“In our community, data shows that over the past three years males in Fishers comprise 46 percent of the total number of mental health incidents,” Mayor Scott Fadness stated in a press release sent to Current. “For that same period, 51 percent of all suicide attempts and completions were males 40 and over. Movember is a great opportunity for the Mental Health Initiative to rally behind the fathers, brothers, husbands and male friends who may be living in quiet despair.”

Residents interested in participating during Movember can visit moteam.co/city-of-fishers. Participants are encouraged to share their before photos on social media with the hashtag #stigmafreefishers and attend the end-of-the-month event from 5 to 7 p.m. Nov. 30 at Four Day Ray Brewing, 11671 Lantern Rd. A group photo of the after results of month-long facial hair growth will be taken at 6 p.m.