CleanSlate Technology Group, a cloud consulting and software asset management company and one of the largest IBM resellers in the world, announced plans to expand operations and create up to 50 new jobs by 2020. 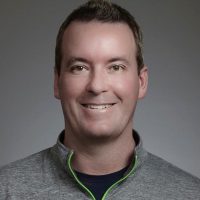 The company will expand to the second floor of at 2071 Broughton St. in Carmel, doubling its 4,000-square-foot headquarters as part of a $1 million expansion project. The company employs nearly 40 full-time employees.

The company is hiring consultants with knowledge in customer relationship management, cloud management, application program interfaces, mobile application development and more. According to CleanSlate, the new positions are expected to be, on average, more than 60 percent higher than the state’s average wage.

The company expects to begin construction with Emerald Group this month and anticipates occupying the new space in early 2018.

“We feel Carmel offers the perfect balance of family oriented living and business opportunity. The cost of living is low relative to larger markets like Chicago, yet there’s an abundance of opportunity for technology-oriented companies,” said John Loveys, president and CEO of CleanSlate. “We’ve also found the talent pool for skilled resources in Carmel and surrounding areas is extremely deep.”

“I’m proud of how far we’ve come in such a short time, and it’s largely due to the exceptional talent we’ve retained and have acquired over the past two years,” Loveys said. “We’re excited to be such a healthy, growing company.”

“Our growth will be organic, and we’re excited at the prospect of growing our team in the near term,” Loveys said.