You are at:Home»Current in Carmel»Carmel Community»The Right Worshipful The Lord Mayor of Westminster visits Carmel 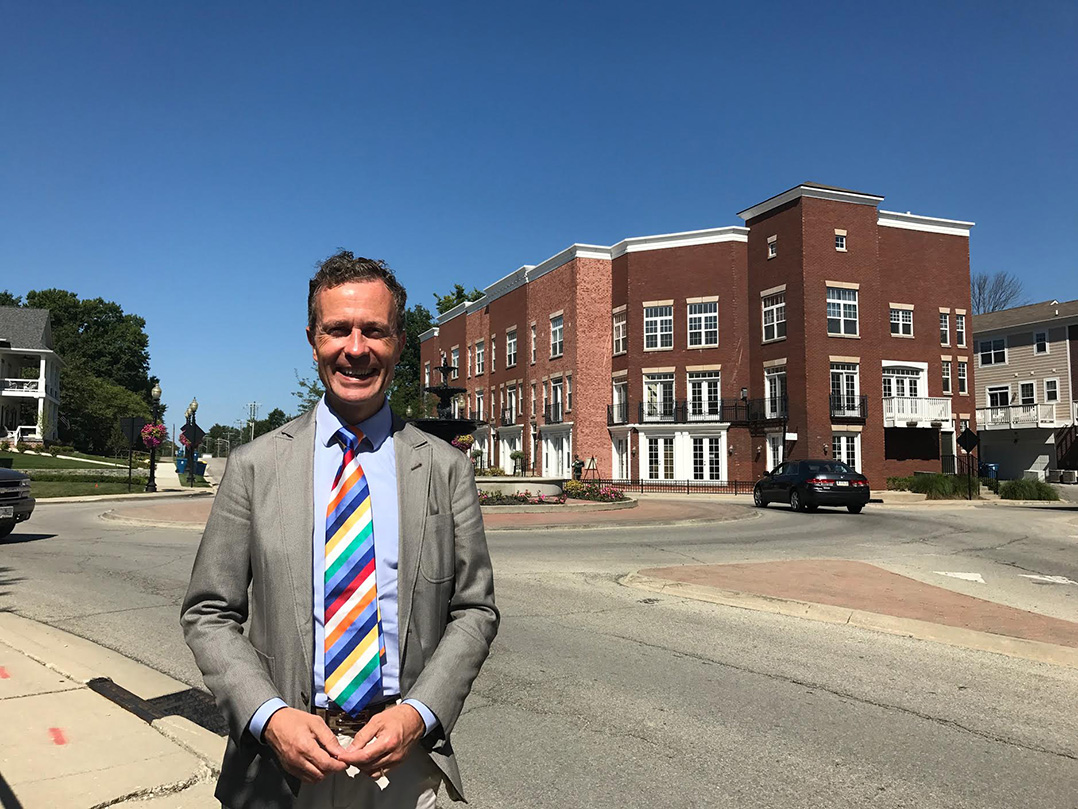 The Right Worshipful The Lord of Westminster Ian Adams feeling at home at the roundabout at Main Street and 4th Ave. SW in Carmel. (Photo by Heather Collins)

Recently, my family and I had the pleasure of having my uncles visit from England.

My uncles, Ian Adams and Christopher Colosimo, have visited three times in the past year, and each visit they bring their jovial British humor, English candies and fill our home with wonderful conversations over tea.

Although I simply call him “Uncle Ian,” in England his official title is The Right Worshipful The Lord Mayor of Westminster, and it’s just as fancy as it sounds. His duties include being official ambassador for the City of Westminster,  situated in the heart of London. The central London borough was granted city status by the Royal Charter in 1900. 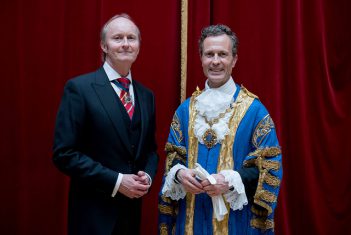 My uncle’s role is similar to a city councillor position. Ian was elected Lord Mayor by the councilors in May 2017 and will complete a 12-month term as Westminster’s First Citizen. As Lord Mayor, he has been a part of the official welcome party for the King and Queen of Spain and was introduced to the Spanish Royals by Her Majesty Queen Elizabeth II. Ian also has met the Archbishop of Canterbury, Prince Harry and attended the Royal Garden Party with members of the British Royal Family and Ambassadors. Ian’s partner, my Uncle Chris, joins him on many of these events and serves as Lord Mayor Consort.

Ian’s not always rolling with royalty (although he does roll in a Rolls Royce and wears an official mayoral robe!). He also attends a variety of community events, including school graduations, visiting the elderly and honoring local community members.

Ian and Chris were able to feel at home with the roundabouts in Carmel, which fill the streets of London as well. Although Ian did point out that Carmel drivers don’t indicate when they are exiting a roundabout, which is a hot topic here. Turns signals are required in London roundabouts. During their trips to Carmel, they enjoy visiting the Arts District, concerts at The Palladium, morning runs throughout the city and spending Saturday morning at the Carmel Farmers Market.

Ian and Chris are the first same sex couple to serve as Lord Mayor and consort. They recently led this year’s Pride in London Parade, the biggest LGBT+ parade in the U.K, alongside Executive Mayor of London Sadiq Khan. Although their success and charisma has led them on many royal adventures, during their visits they are just as down-to-earth, loving and refreshing as any dear uncles could be, and we’re always happy to have them come across the pond for a visit to Carmel.