You are at:Home»Current in Fishers»Fishers Community»12-year-old Fishers girl plays hockey across the U.S., dreams of the Olympics 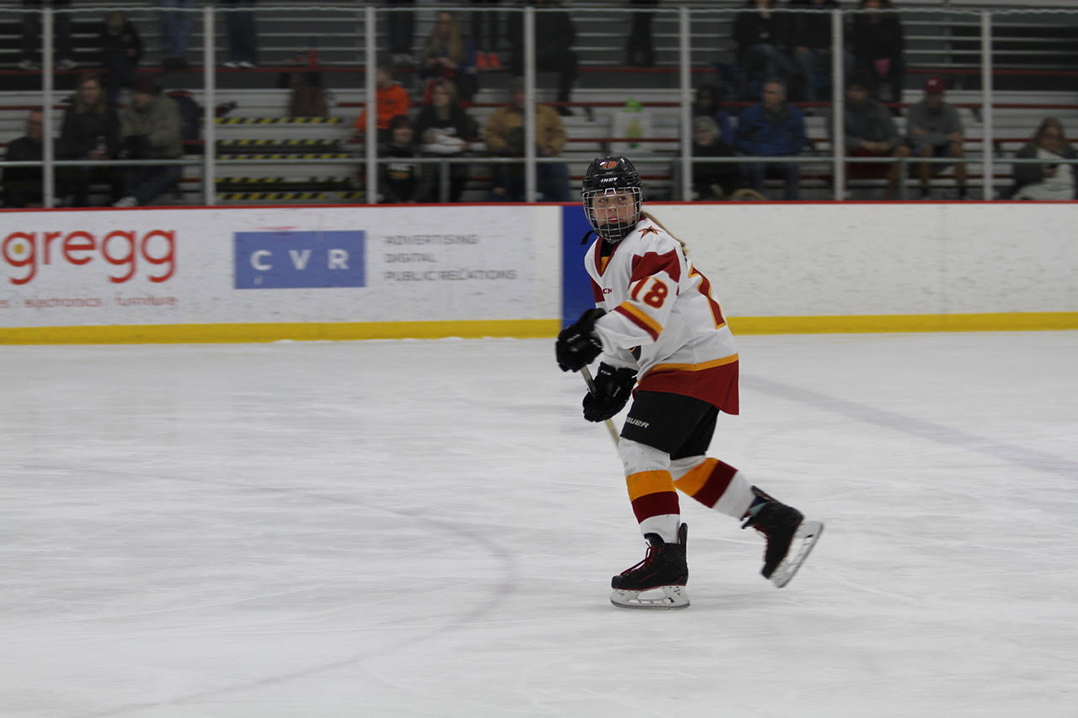 At the young age of 12, Emma Pickering, a seventh grader from Fishers Junior High School, has already created quite the name for herself in the world of hockey.

She is currently playing for both the Cleveland Lady Barons U14 Tier 1 team and the Junior Fuel Bantam A team, and has nine seasons of hockey under her belt. Tournaments have taken her all around the U.S. and beyond. This season, Emma will be going to cities in Ohio, Massachusetts, Michigan, Canada and more.

When Emma was just 2 years old, she learned to figure skate, but by the time she was 4 or 5, she was more interested in playing hockey. The influences from her older brother and her uncle, who played in the National Hockey League, played a large part in her transition from figure skating to hockey.

“I could feel that she wasn’t herself (when figure skating),” Emma’s mom, Cindy Pickering said. “But when she transitioned into playing hockey, I knew her heart was there, and it was very natural for her.”

For most of Emma’s hockey career, she played on co-ed teams, but she was still often one of the only girls on the team. One of her current teams, the Lady Barons, is her first team to consist of all girls.

“As of right now, I’m the youngest on the girls’ team, so I’m playing against 14 years olds as a 12-year-old,” Emma said. “I’m not saying it’s hard, but it’s kind of intimidating with all of these girls that are much taller than me.”

Emma has played hockey nearly all of her life, but she’s not done with it yet. All of her dreams for her future are centered on hockey.

“My future goal is to be able to play Division I women’s hockey at some college and hopefully get on the national team and maybe even go to the Olympics,” Emma said. “I also always loved being around kids and sports, so after that I want to be a P.E. teacher.”

The Cleveland Lady Barons are looking for sponsors to help fund their transportation to and from tournaments.

For more on playing girls’ hockey at the Fuel Tank of Fishers, contact Jessica Knox at jknox@juniorfuelhockey.com.