You are at:Home»Current in Zionsville»Zionsville Community»Indiana Dept. of Revenue using geocoding to clarify restaurant tax collections, confirm extent of problem

Adam Krupp is among the many Zionsville residents who haven’t decided if it will be worth the effort to seek a refund for a 1 percent food and beverage tax charged by some Whitestown restaurants that shouldn’t have been collected. 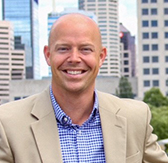 “We don’t dine there very often, so it might not be material enough,” said Krupp, who moved to Zionsville more than a year ago. “It may just depend on what kind of mood I’m in that day.”

Krupp, commissioner of the Indiana Dept. of Revenue, knows there’s no easy way to get nearly $300,000 back into the hands of diners who paid the Zionsville food and beverage tax at nine Whitestown restaurants in the past decade. Whitestown doesn’t have the tax, so it should never have been charged.

But Krupp has a plan to make sure it never happens again.

Beginning in early 2018, DOR plans to use geocoding technology that will automatically fill in the correct city and applicable taxes when new businesses register an address with the state. Currently, business owners must self-select their city, which has caused most of the problems in Whitestown and Zionsville, Krupp said.

Most of the Whitestown businesses that charged the Zionsville taxes have Zionsville listed in their mailing addresses. Postal addresses are established by the United States Postal Service for efficient mail delivery and often don’t line up with municipal boundaries.

The geocoding program is provided through the Indiana Office of Technology and has been used by the state’s Bureau of Motor Vehicles, where Krupp – who joined DOR in January – previously worked as general counsel. It’s also used in the state’s health, transportation, environmental management, secretary of state and natural resources departments.

As they prepare to officially launch the geocoding technology, Krupp said DOR officials used it to see if any other restaurants have been collecting taxes they shouldn’t have.

“I wouldn’t say that we know for certain this isn’t happening anywhere else, but as of today we haven’t identified it,” Krupp said.

Of the 9,000 restaurants registered, the system showed that more than 7,000 are collecting appropriate taxes. The others are either caterers, which must be verified manually because they register in one city but work in many others, or businesses that are so new the program doesn’t recognize their addresses yet. Krupp said the geocoding software was due for its annual update and that DOR would re-run the unrecognized addresses again soon.

DOR confirmed Nov. 7 that all of the Whitestown businesses charging Zionsville’s tax had stopped. Some of the restaurants had been collecting the tax since Zionsville implemented it in 2008, while others had only opened for business earlier this year. Krupp declined to speculate on why it took so long for anyone to catch the problem, which was identified after a diner questioned the tax on a receipt this summer.

Krupp said customers will likely have a 90-day period to request a refund for the tax by showing receipts or bank statements and filling out a standard DOR request form. They are expected to receive a check for the amount within days or weeks, depending on how many refund requests are submitted at any given time. He acknowledges it’s not a perfect system.

“The people who pay cash are the ones who are going to be stuck unless they have a receipt,” Krupp said. “There’s really no other way to do this. You couldn’t take the honor system. You couldn’t say, ‘Let’s give a dollar to every resident,’ as some of those residents wouldn’t have dined at any of those restaurants.”

He said there’s “no way of knowing” how much of the funds will be refunded because many of the affected customers were just passing through the area on I-65. Many local residents might decide the refund amount is so small it’s not worth the time to request one.

Refunds will be paid out of the state’s general fund, which the Town of Zionsville will reimburse. Approximately $55,000 of the $300,000 should have been collected for Boone County and will be transferred to the appropriate account.

Krupp said DOR is working with Zionsville officials to determine how the town will repay the money. Zionsville had been collecting approximately $350,000 in food and beverage taxes annually to fund town hall loan payments, provide grants and support zWORKS, the Zionsville Chamber of Commerce and Boone EDC. As of press time, town officials did not respond to a request to explain how these expenditures will be affected and how the repayment will take place.