Watching a documentary of his U.S. Army battalion’s time in Afghanistan is therapeutic for Tom Gorup. 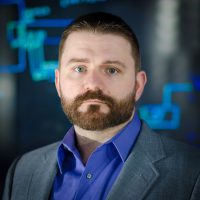 “Historically, veterans from Vietnam and World War II don’t talk about it,” Gorup said. “That puts us in a worse place as time progresses. It’s hard, but it’s healing. I’m hoping it helps other veterans open up in the same way. They can bring family members who have a hard time understanding. It’s good to have civilians see it. It’s not about the combat. It’s about the return home and stories of veterans who try to be part of normal society again. It’s not easy to do.”

Gorup, a Noblesville resident, is the director of security operations for Rook Security in Carmel. Rook Security is hosting an Indiana premiere of the documentary, “No Greater Love,” Nov. 15 at Flix Brewhouse in Carmel. It starts at 7 p.m. and is open to the public. The documentary was directed and written by Justin Roberts, the Army chaplain who was with the 101st Airborne Division’s “No Slack” Battalion.

“The chaplains aren’t allowed to carry a weapon,” Gorup said. “So he asked if he could carry a camera. Every once in a while he would put GoPros during mission and patrols.”

“(Roberts) was always there and someone to lean on,” he said.

Gorup was injured by friendly fire and earned a Purple Heart in Afghanistan. Gorup served in Operation Strong Eagle 1 in the Kunar Province.

“It was the largest firefight the battalion had experienced since Vietnam,” Gorup said. “We killed right around 200 Taliban that day.”

Roberts noticed that people were wounded but returned back to combat, Gorup said.

“It’s the underlying of love and companionship and camaraderie come to light as he was experiencing this,” Gorup said.

Gorup said the chaplain, seeing that so many fatalities happened when soldiers were trying to protect each other, inspired the title ‘No Greater Love.”

“He did a spectacular job,” Gorup said. “I don’t know how you pull so much footage and interview time together and tell a coherent story.”

Many of the interviews were conducted after the soldiers returned to the U.S. dealing with their experiences.