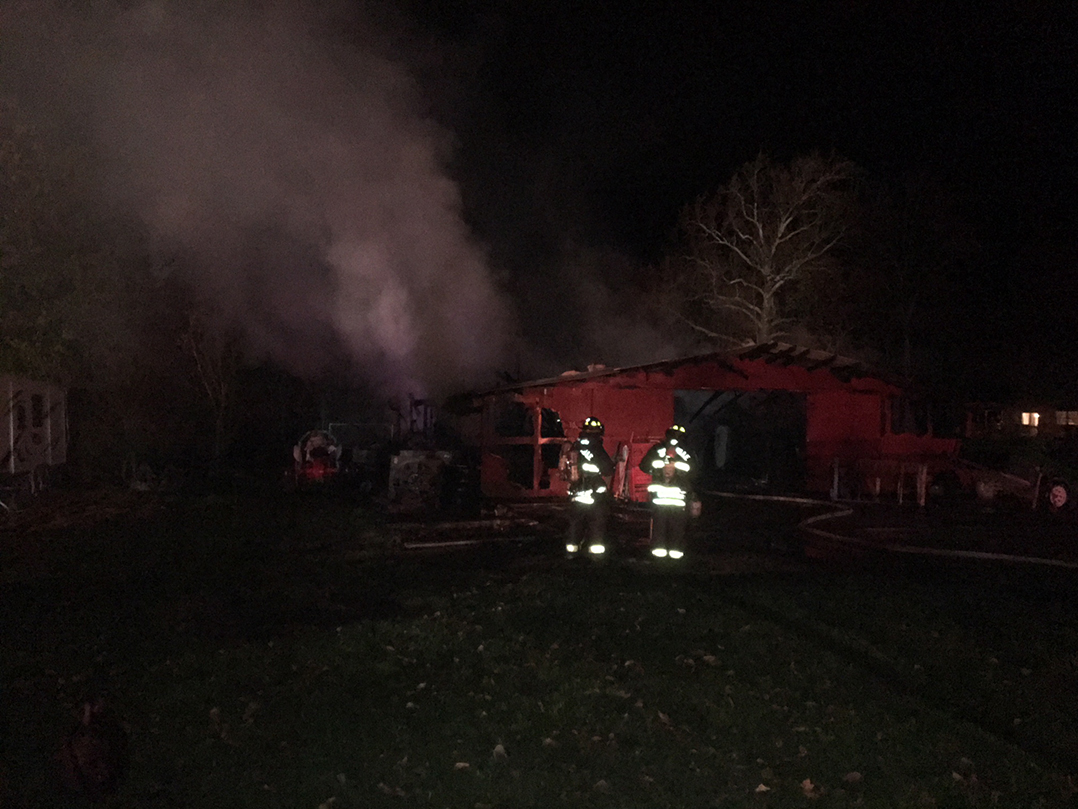 Zionsville firefighters battle a blaze in a barn at 748 S CR 800 E. (Photo submitted by ZFD)

The Zionsville Fire Dept. battled a barn fire Nov. 8 that resulted in the death of some chickens but no injuries to the homeowners or firefighters.

The homeowner of the barn at 748 S CR 800 E reported the fire at 7 p.m. When firefighters arrived, they found heavy fire and smoke coming from the structure. They brought the fire under control within 30 minutes. It did not spread to the home or other out buildings on the property.

Firefighters estimate that fire caused as much as $40,000 in damage. In addition to chickens, general equipment kept inside the barn was destroyed. The cause of the fire is still under investigation.

Several area fire departments provided tanker trucks with water as fire hydrants were not available in the area.