You are at:Home»Current in Westfield»Westfield Cover Stories»Game On: Grand Park Fieldhouse includes the first eSports Center in the state 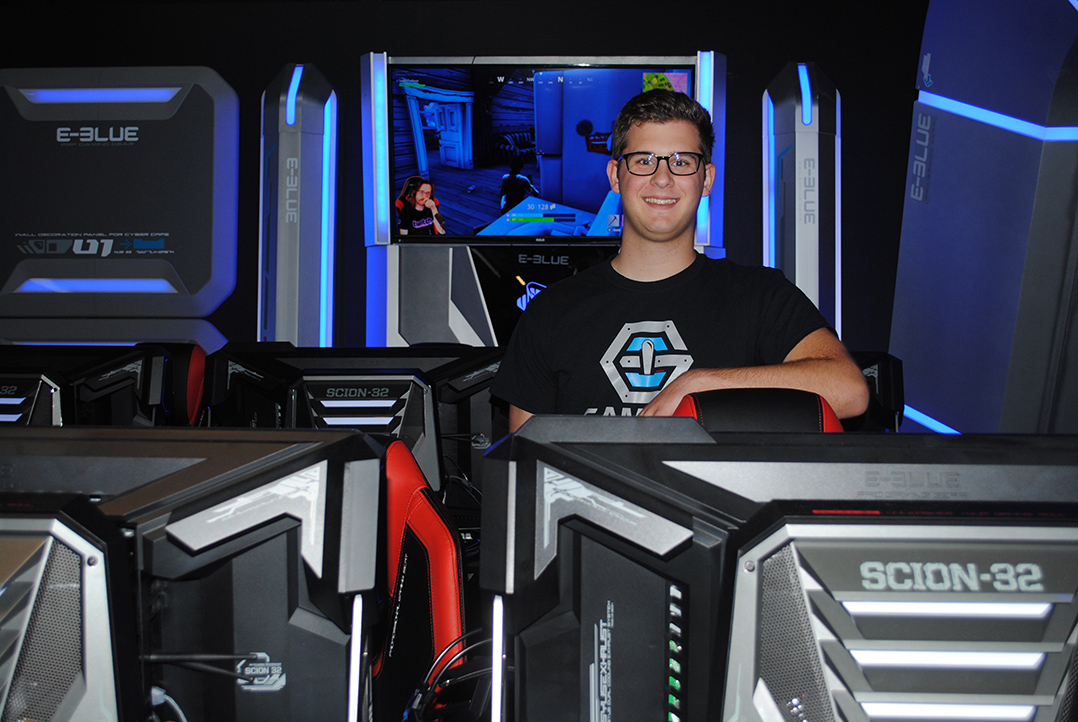 Noah Hankison is the manager and director of esport Center operations at Grand Park Fieldhouse. (Photos by Anna Skinner)

Westfield’s Grand Park Fieldhouse is now the home to the first Game On eSports center in the state.

Game On has more than 80 state-of-the-art, high-speed computers, allowing the venue to host eSports leagues, tournaments and individual play. Game On is an eSports and educational concept with a stated mission to entertain, educate and inspire.

College scholarships for eSports have increased nationwide, according to Manager and Director of eSports Operations Noah Hankinson.

“There are more than 50-plus colleges across North America right now that offer full-ride scholarships to play eSports and represent their university,” Hankinson said. “We have opened up the opportunity for students that do not necessarily play basketball, baseball or football to pursue something that they are passionate about and actually get a college scholarship with it, or be recruited by a professional team during or after college.”

“If an individual puts the time to train correctly, dedicated training and has a desire to play eSports in college, be ready to put in some work,” Hankinson said. “It’s not easy, but every element of obtaining the scholarship is 100 percent in your control.”

The 2024 Olympics will include eSports. The eSports complex also caters to several events and will play host to additional tournaments, parties and more.

“Birthday parties are another very popular event that takes place at Game On,” Hankison said. “We offer all of our games, food, drinks, in-house tournaments and much more.”

Game On officials said the group plans to be the leader in hosting competitive video game teams, leagues, tournaments and other events centered on specific game releases. Memberships and open play are available for every age group.

Mayor Andy Cook said Grand Park continues to be the driving force behind many upcoming projects and city-wide advantages for residents.

“Grand Park continues to produce wins for Westfield,” Cook said. “Game On is a great extension of a place where people come together for fitness, health and connection, and we are excited to welcome a strong emerging industry and even more participants.”

“This facility is the only one of its kind,” Hankinson said. “Westfield and Grand Park has a leading-edge eSports venue for major tournaments, championships, professional events and much more. It’s just a matter of time before eSports explodes. We’re going to be at the epicenter.”

*More games are added and removed as Game On progresses

For a full list of games offered, visit goesportscenter.com/leagues. 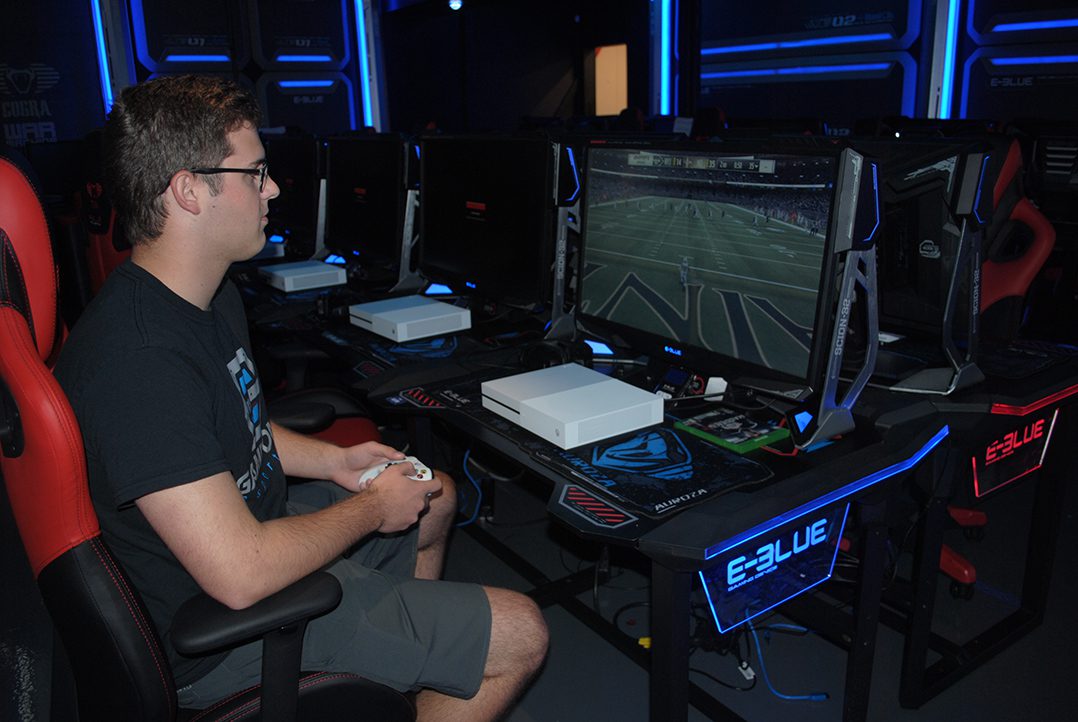 There are more than 80 high-speed computers at the Game On esports Center at the Grand Park Fieldhouse. (Photo by Anna Skinner)

Breaking the Stigma: How to get involved

Memberships for individuals that are not looking for the competitive side of gaming are available. For those wishing to compete, many options exist on the novice and professional levels. Gold and Platinum gaming plans are available, with pricing beginning at $25 a month. For a full list of prices and membership plans, visit goesportscenter.com/membership.

“Come by Game On. We are located inside (Grand Park) Fieldhouse. Talk to myself or one of our team members about collegiate eSports, pro teams, training and more,” Hankinson said. “Even if you do play a traditional sport, eSports is an actual opportunity that individuals can grasp. eSports athletes make an average of $70,000 per year. Some athletes currently playing at a professional level are as young as 18 years old.”

Hankinson said eSports athletes’ schedules are identical to those who play in the NBA and NFL.

“They don’t just sit around and play video games all day,” Hankinson said. “They have a blocked schedule for every minute of the day.”