You are at:Home»Lifestyle»Travel»Column: Ebla and the forgotten empire 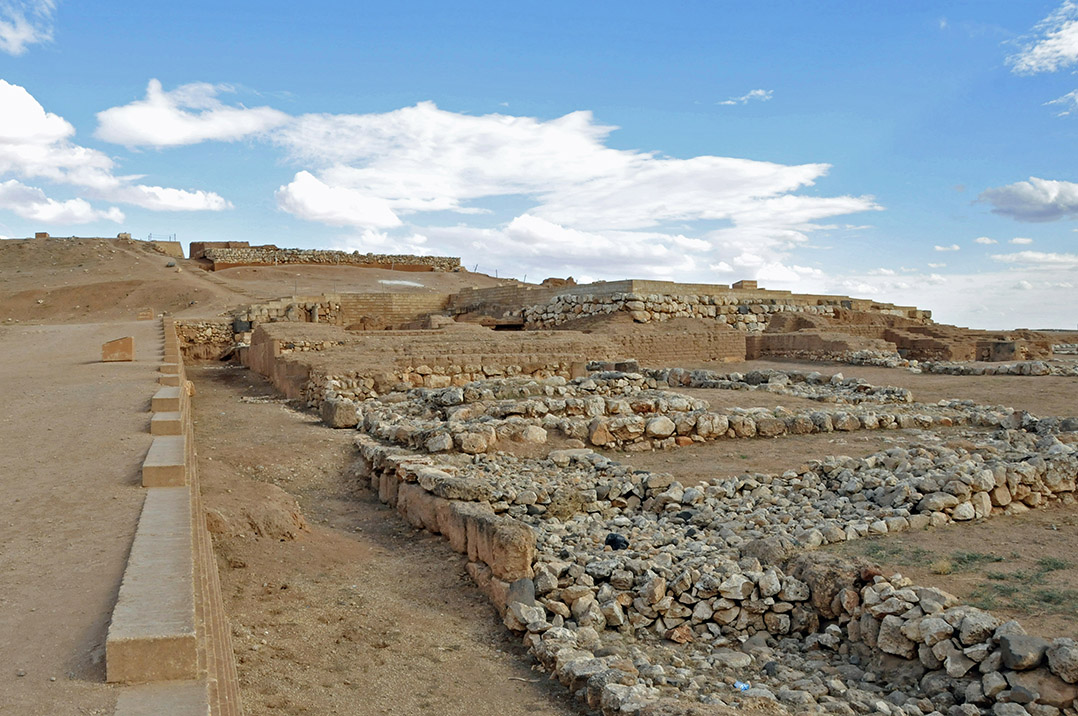 Ruins of Ebla, near Aleppo, Syria (Photo by Don Knebel)

Most Americans have never heard of the Eblaite Empire. But historians now believe that empire rivaled in power and achievement the contemporaneous empires of Egypt and Mesopotamia.

In 1964, a team of Italian archaeologists began excavating an artificial hill called Tell Mardikh about 33 miles southwest of Aleppo, Syria.  In 1968, they confirmed they had located the city of Ebla, with a hilltop palace overlooking 150 acres of buildings and temples. In 1975, archaeologists uncovered more than 17,000 clay tablets near the palace, neatly arranged by subject. The tablets recorded in cuneiform script the history of Ebla at the peak of its power in the middle of the third millennium B.C., the same period in which Egyptians built the Great Pyramids. The records, written in Sumerian and a previously unknown language now called Eblaite, described a highly organized city of about 40,000 that controlled an empire occupying most of what is now Syria and parts of southern Turkey.

Ebla’s tablets revealed ideas once thought to have a much more recent origin.  Citizens elected the ruler for a term of seven years, with a council of elders advising the ruler. Women held positions of power in the government, which included 14 ministers, two serving in the city itself, and the others serving around the empire. The wife of the elected ruler controlled linen and woolen cloth making, which joined olive oil, beer and manufactured goods, as the key exports. According to the accounting records, women and men earned equal wages.

Ebla was severely damaged by warfare in 2240 B.C., which helped preserve the tablets. It then began a period of gradual decline that ended with its total destruction in about 1600 B.C., after which Ebla and its empire were forgotten. During Syria’s civil war, soldiers have used Ebla’s hill as a lookout.