You are at:Home»Current in Carmel»Carmel Community»Indianapolis Propylaeum to honor 2 Carmel women for leadership 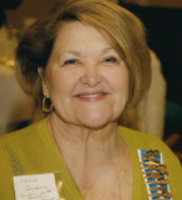 The Indianapolis Propylaeum will host a dinner to present the May Wright Sewall Leadership Award to Carmel residents Dr. Jamia Jasper Case Jacobsen and Glenda Ritz at 6:30 p.m. Nov. 14 at the Propylaeum, 1410 N. Delaware St., Indianapolis. The award is presented to women leaders in the community in memory of May Wright Sewall, a suffragette, who created the first Girls Classical School in Indiana and founded multiple women’s councils.

“We wanted to honor women who show great leadership throughout the city and add back to the community because that was definitely what May Wright Sewall stood for,” said Joanne Solomon, president of the Indianapolis Propylaeum. 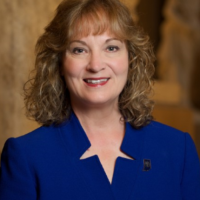 Ritz impacted the city and state through her tenure as the superintendent of public instruction from 2013 to 2017. She revised the accountability system to include student growth as well as student performance, formed an outreach system to support school districts and created an online library for families and schools. She founded Advancing Public Schools in March, which will focus on advocacy and literacy within public schools. Ritz has earned two master’s degrees and national board certification for teaching.

“It’s pretty special to follow in the May Wright Sewall footsteps so to speak, being recognized for community service,” she said. “There’s no better community service in my mind than working in the field of education.”

Jacobsen also said this is special for her because she will be added to the same list as the successful, well-known female award winners from the past 12 years.

Jacobsen earned multiple degrees from Indiana University and graduated with a doctorate in psychology from the University of Newport in 1996. She founded the Central Indiana Family Support Center and was appointed to the U.S. Advisory Board on Child Abuse and Neglect by President Ronald Reagan. She is the principal manager at American Behavioral Counseling, which is an independent therapy outlet for those struggling with drug addiction.

“(May Wright Sewall’s) goals were community service, education, outreach and promotion,” Jacobsen said. “Those are wonderful if we can keep establishing that in the younger generation. I just think it’s wonderful to carry that on.”

The award dinner is open to the public. Tickets are $75 for Propylaeum members and $100 for non-members. For more information, visit thepropylaeum.org/upcoming-events.