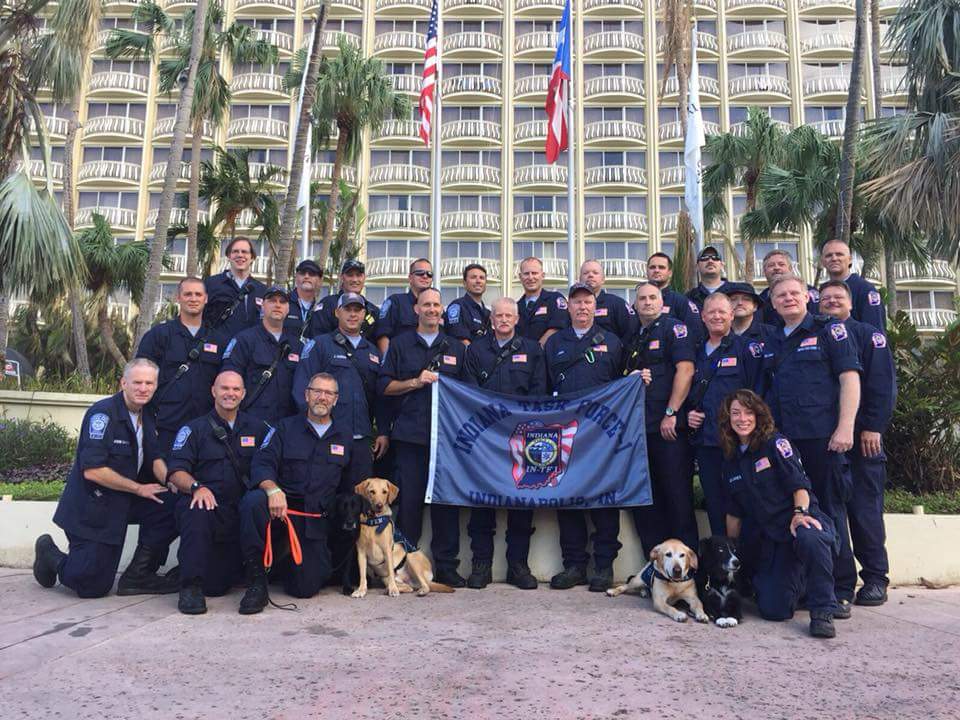 Lee was deployed Aug. 27 for an 11-day stint in helping with Hurricane Harvey recovery with a 14-man team. His team was made up of personnel from Indianapolis, Carmel, Fishers, Whitestown, Plainfield and Greenfield.

Originally, Lee and his team were told they would be conducting water rescue, but upon arrival the team was stationed on the west side of Houston but then went to the Jack Brooks Regional Airport to assist with evacuation.

“What we did in conjunction with (The National Guard and Coast Guard) was triage those people,” he said. “If they required medical treatment they were sent to a field hospital established there or evacuated with a medical helicopter. The uninjured we took care of basic necessities.”

Lee has been a member of Indiana Task Force 1 for three years. He serves on the Fishers Fire Dept. Station 392 on C Shift.

Burrows was deployed Sept. 20 and was away for 17 days. He spent time in Puerto Rico and returned home Oct. 6.

“We were gathering intelligence to send back to FEMA on hospitals and area fire stations. As we came across those, we would check in with them,” Burrows said. He also aided in sending fuel to a hospital with only two hours of fuel left.

FFD Capt. John Mehling said other than the men sacrificed time away from family to help those in need.

“One of the things that doesn’t seem to be mentioned a lot is what these guys leave behind with their family,” Mehling said. “Adam is a new father and was pulled away for 11 days at a moment’s notice, leaving his wife and baby at home. Jamey has two kids himself and he missed (family events) and his wife’s birthday.”

Burrows shipped flowers to his wife for her birthday and Lee said other FFD firefighters checked  in on his family each day.