You are at:Home»Current in Carmel»Carmel Community»Despite ruling, parties might continue at Lucas Estate

There’s been quite an uproar in recent months about the parties being held at the Lucas Estate.

In September, Carmel’s Board of Zoning Appeals denied a variance for Lucas Oil Products Inc. owners Forrest and Charlotte Lucas to hold semi-public events such as weddings, receptions, fundraisers, recognition ceremonies and more at its party barn venue. Despite the ruling, the Lucas Family has indicated the parties may continue at the venue, 1143 W. 116th St. 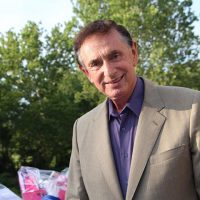 Part of the debate between the Lucas family and the BZA is the nature of the parties. During the BZA process, the Lucases said the event space is simply an avenue to carry out the family’s philanthropic initiatives. Carmel Mayor Jim Brainard said that use would be fine. But he said the Lucas Estate was looking to charge for event rentals such as weddings, which would put it in direct competition with local businesses such as Ritz Charles.

The Lucas Estate is zoned residential and is subject to property tax caps that don’t apply to commercial properties. As a result, the Lucases — whose name adorns the stadium where the Indianapolis Colts play — would save money on taxes through a variance rather than requesting a commercial rezone.

“This property is not zoned as a business,” Brainard said. “If he charges for events it is clearly operating as a business. If he isn’t charging, it is no different than opening one’s homes for a dinner party.”

Dozens of neighbors complained about noise from events. Lucas wanted a variance to allow for semi-public events that could include anniversary parties, birthdays, political fundraisers, weddings and more.

Timothy Ochs, a partner at Ice Miller LLP who represented the Lucases, declined to comment. He previously told the media it would be a waste if the estate wasn’t shared with the community.

“I have no comment at this time,” he wrote in an e-mail. “To the extent Mr. Lucas or anyone employed by him wish to speak with you, they will contact you directly.”

Forrest Lucas told a local media outlet that the criticisms were “all lies” and that he doesn’t believe he’s breaking any laws.

The City of Carmel said the issue might come down to whether the Lucas Estate makes money off of the events it hosts. If the Lucases don’t charge rental fees, that could help keep the parties going, although if the Lucas family is regularly running its own catering business on the property — instead of using outside caterers — then that could become an issue since the Lucas Estate is not zoned as a commercial property.