The office wants to alert the public that law enforcement officers with facial hair aren’t ignoring personal hygiene; rather, they are supporting a charity.

Employees who donate a minimum of $40 can grow facial hair during the month of November, according to Ken Conley, BCSO public information officer. 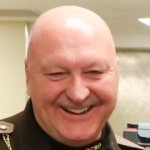 Grooming standards are strictly regulated by department policy but will be relaxed a bit in support of No-Shave November, “a national, web-based non-profit organization partnered with the American Cancer Society devoted to ‘growing’ cancer awareness and raising funds to support cancer prevention, research and education,’” according to its website.

“Just like non-law enforcement, we face the same life and health issues just like the citizens we protect,” Conley said. “Many in our department have had friends or family battle cancer. Sheriff (Mike) Nielsen has had a personal battle with cancer and he is cancer-free for almost a decade.”

The fundraiser will continue beyond November with Santa Beard December.

“For those wishing to extend the challenge, employees can pay $100 to include December for Santa Beards,” Conley said. “All of the proceeds go directly to the Boone County Cancer Society for educational awareness, and it also helps residents of Boone County who are fighting cancer.” 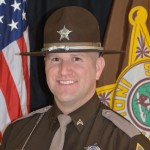 BCSO raised $2,500 last year between the no-shave campaign and selling “Handcuffing Cancer” T-shirts. They would like the public help them hit this year’s goal of $5,000, according to Sgt. Chris Burcham.

“As always, we are encouraging the public to help fight cancer with us. Grow a beard and donate funds to our local Boone County Cancer Society,” Burcham said.

Information about “No Shave November” is available at no-shave.org.  Contact Boone County Cancer Society at boonecancersociety@gmail.com or call 765-482-2043. Purchase a Handcuffing Cancer T-shirt for $15 at BCSO.