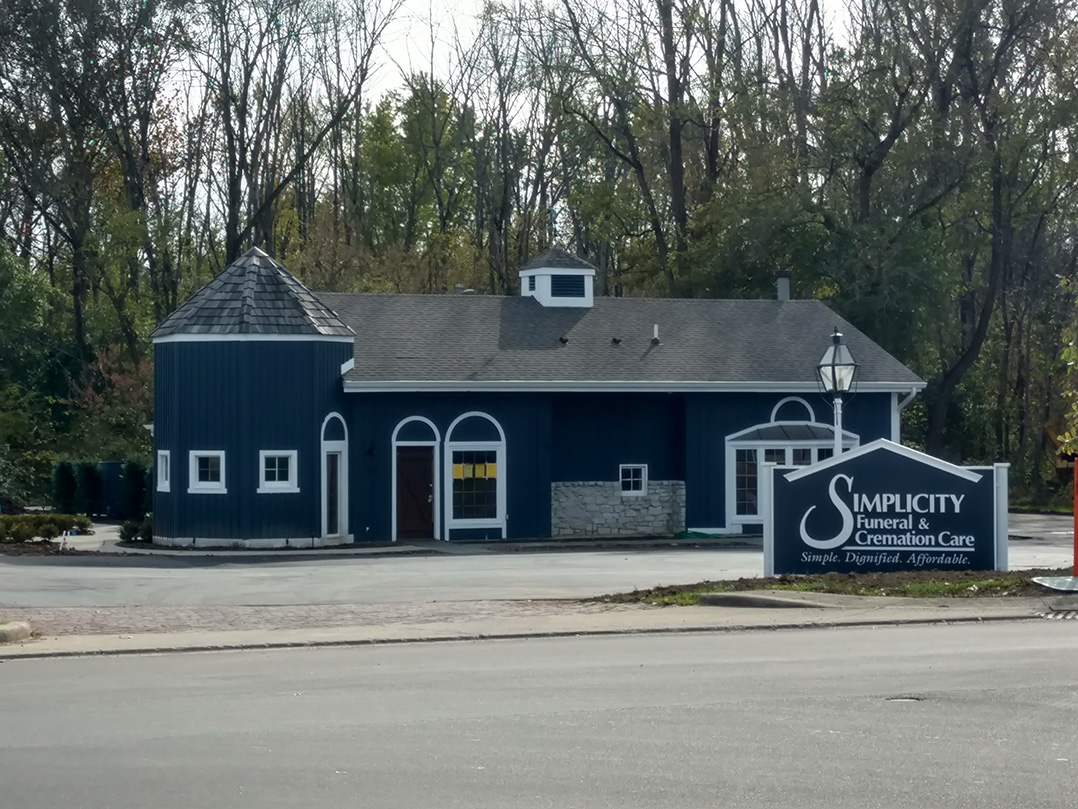 An Indianapolis-based funeral home will complete its expansion into Zionsville by the end of November.

Simplicity Funeral Home, with locations in Franklin and southern Indianapolis, is a low-cost offshoot of Wilson St. Pierre Funeral Homes.

Company President Paul St. Pierre said the company had been looking for a Zionsville location for two years after serving families in the area for some time.

The funeral home will occupy the building at 125 W. Sycamore St. that was once Stacy LaBolts clothing store but hasn’t had a long-term tenant for the last decade.

“We like being in the heart of the village,” St. Pierre said. “We feel it’s really where Zionsville comes to life.”

Over the last several months  the interior of the building has been renovated with half of the footprint serving as a gathering room for memorials. An arrangement room and bathrooms also were renovated.

Renovations costs were estimated at $200,000, which also included exterior paint and landscaping.

“We had a vision for the building,” St. Pierre said. “We didn’t want to see it go away.”

The parking lot, recently repaved, was a selling point when the company purchased the property.

“We wanted something a little bit easier for people,” St. Pierre said.

The low-cost funeral concept prioritizes weekday services, cremation and fewer burial selections. St. Pierre said he’s proud that all caskets and urns from his business are made by American companies.

“Funeral costs matter,” St. Pierre said. “(Customers) only pay for what they get, which is why we try to make it very simple.”

Among the 10 employees at the Zionsville location will be a pastor.

For every family served, Simplicity plants a tree to as a living memorial to the deceased.