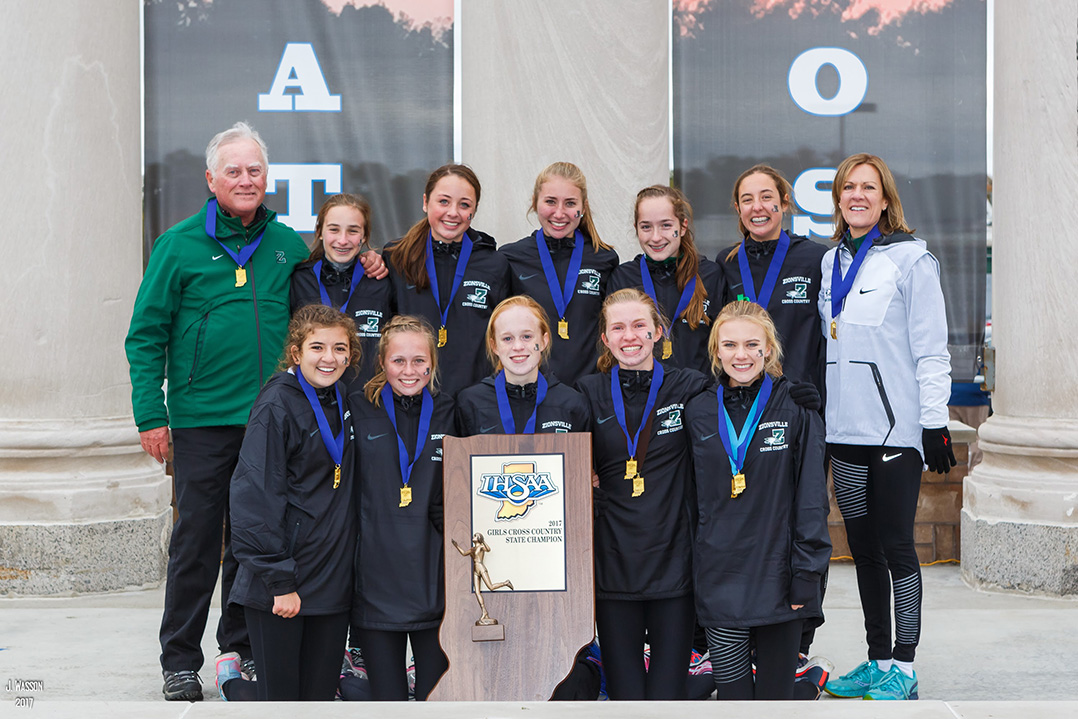 “We knew they were good, but it was never like this is the year we were going to do it,” ZCHS coach Suzanne Rigg said. “As the season progressed, we were more hopeful. We won conference, and our (Hoosier Crossroads) conference is really strong, and that gave us a lot of inspiration heading into the tournament. It’s a combination of a lot of things that went our way,  and we’re really thankful and fortunate.”

The third-ranked Eagles captured the Indiana High School Athletic Association cross country state championship with 118 points Oct. 28 in Terre Haute. Top-ranked Fort Wayne Carroll was second with 129, and No. 4 Carmel, which had won seven consecutive state titles, was third with 169. Third-ranked Brebeuf Jesuit was fourth with 196.

It was the first cross country team title for Zionsville in either the girls or boys division. The Zionsville girls team’s best previous team finish was fourth in 2016.

“We were fortunate to have the depth, and our four and five runners really came through for us, especially at the state meet,” Rigg said.  “We were fortunate everyone was healthy. We had a really strong team.”

Sophia agreed with her mother that the team didn’t resemble a state championship team at the start of the season.

“As the season progressed, everyone got better and our team energy improved,” Sophia said. “It was a big shock winning state. We knew we had a chance, but I don’t think in our wildest dreams we really thought we could win. It was really exciting to win. Everyone was crying.”

Sophia made a verbal commitment to compete for North Carolina State the night before the state meet. Her brother, Oliver, a 2016 ZCHS graduate, is on the University of Alabama cross country team.

The Eagles won the sectional, regional and finished second to Brebeuf Jesuit at  semistate.

“You don’t want to run your best race at semistate and then run out of gas at state,” Rigg said. “But our semistate is tough. It’s a really tricky balance getting them there.”