You are at:Home»Current in Fishers»Fishers Community»Harris overcomes two ACL injuries to excel for Indiana University 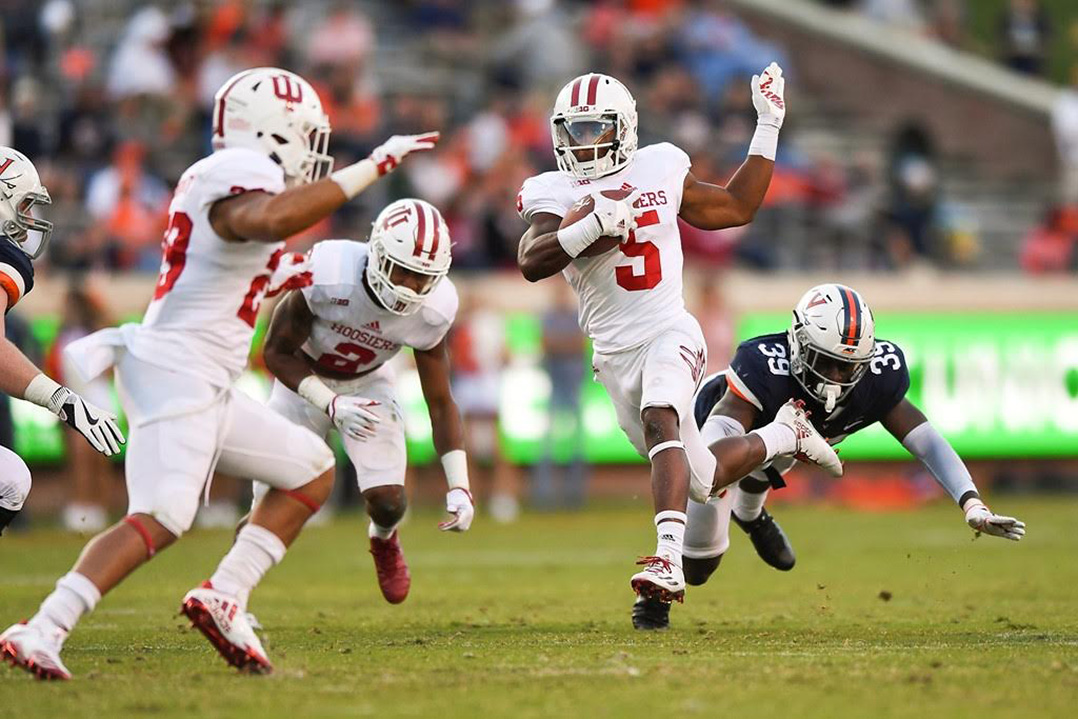 When Indiana University football coach Tom Allen wants an example of perseverance, he can turn to J-Shun Harris II.

Harris tore his ACL in his right knee during summer workouts in 2015, causing him to miss the season. Then during 2016 preseason camp, the 2014 Fishers High School graduate tore the ACL in his left knee, again missing the season.

“He’s never hung his head,” Allen said. “I was there when he had the second ACL. The very next day he was smiling. He has a great perspective about life. He’s strong in his faith, which is a huge anchor. He sees the big picture and was able to come back from it. It’s a great testament to having a tremendous attitude, working through adversity and being tough. He’s got an edge about him and personality that allows him to preserve and overcome obstacles in life. He’s going to be successful whatever he does.”

Finally back, good things are happening for the 5-foot-8 speedy wide receiver as a special teams performer. Harris was twice named Big Ten Special Teams Player of the Week, returning punts for touchdowns against Virginia (44 yards) and Georgia Southern (70) in September.

“I’m so thankful that I had a great support staff in my coaches, my teammates, my family and friends,” Harris said. “They helped will me back and boosted my confidence in myself that I didn’t have at the time. Personally, I’ve experienced some good plays on the field. I feel like I’m back to myself.”

Harris had played as a true freshman with the Hoosiers, catching 18 passes and earning the team’s Offensive Newcomer of the Year honors. Now after two lost seasons, he has regained his form.

Harris admitted he was frustrated when the second ACL injury happened.

“I questioned why is this happening, but injuries are a part of sports,” Harris said. “I feel I have a strong mental and spiritual side so that kept me motivated. These injuries don’t last always, and only the strong can come back from these things. I wanted to be part of that strong group that overcame these obstacles.”

Harris said when he got out of the knee brace, he wasn’t tentative or concerned about being injured.

“Now I want to become better than I was before,” Harris said. “I want to continue to grow mentally and physically.”

For his perseverance, Harris has earned a nomination for the 2017 Capital One Orange Bowl-Football Writers Association of America’s Courage Award.