You are at:Home»Current in Carmel»Carmel Community»Carmel High School boys race to another cross country state title 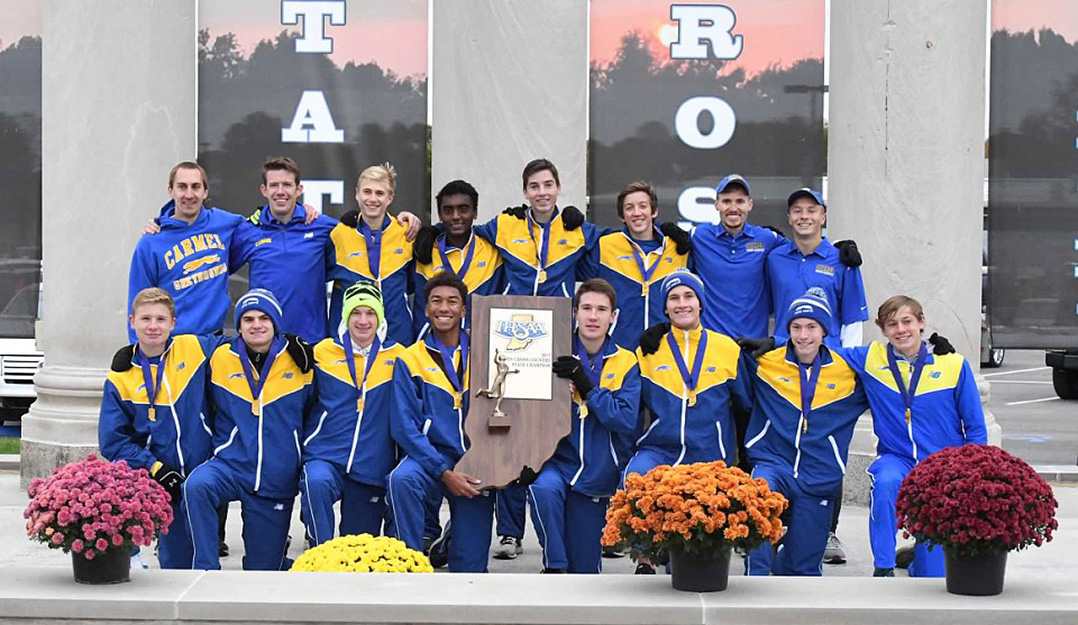 This year, the No. 1 ranked Greyhounds won with runners with a pack mentality. Of teams competing, Carmel placed four runners between 10th and 19th. Carmel finished with 94 points, registering a comfortable victory over second-place Fishers with 152 at the Oct. 28 state meet. The Greyhounds own the record with 15 boys cross country state titles.

“Finding their teammates and running together has been a point of emphasis for us,” Greyhounds coach Colin Altevogt said. “We had six runners with state meet experience coming into this season, and that was crucial in molding this team.”

“Our guys’ desire to prepare with and compete for each other cannot be understated,” Altevogt said. “Winning a state championship does not happen on a single day. This takes years of daily preparation from all of our guys. We felt optimally prepared.”

Miller and Murphy have committed to run for Indiana University in 2018.

The No. 4 Greyhounds girls cross country team, which had captured the previous seven state titles in a row, placed third with 169 points. Zionsville won with 118 points, followed by Fort Wayne Carroll with 129.

“I am very proud of this group of girls, especially with the tremendous pressure on them all season long to carry on the streak of consecutive state championships,” Carmel first-year girls coach Andy Dalton said. “This year there were four great girls teams that all had a real chance to win. We are confident that with five of our top six returning next year, we will be ready to bring the trophy back to Carmel.”

“She’s a phenomenal athlete,” Dalton said. “She’s a fierce competitor. She trusted the race strategy and carried it out flawlessly.”