You are at:Home»Current in Noblesville»Noblesville Cover Stories»Representing Noblesville: Economic Development Director Judi Johnson to speak on the growing city at national conference 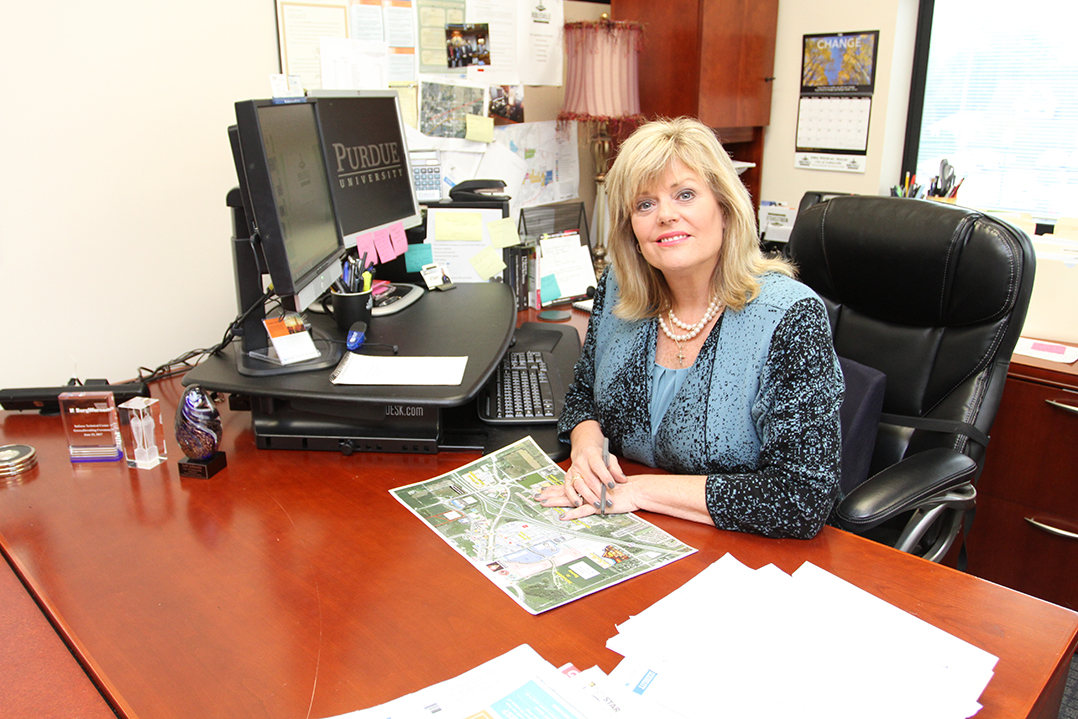 Economic Development Director Judi Johnson will speak at the CEOs for Cities’ national meeting in Phoenix on Nov. 1. (Photo by Sadie Hunter)

As Noblesville’s economic development director for the past five years, Judi Johnson is in Phoenix, Ariz., this week representing the city at the CEOs for Cities’ annual meeting.

CEOs for Cities is a group of 26 clusters across the U.S. that promote regional economic growth and opportunity.

“Hamilton County and Indianapolis are cluster cities for CEOs for Cities, and many people from this area have spoken already,” Johnson said. “The application came from Hamilton County Tourism. They reached out to me and asked if I would consider applying. I actually worked with them on a topic, and that topic became collaboration. I feel that our community has been very good at that with workforce development and arts development.”

Johnson will be part of a “lightning round” that will feature three other speakers from New York, Philadelphia and Mobile, Ala. This will be Johnson’s first trip to the CEOs for Cities’ national meeting.

“It’s actually much more visual (than a panel), where I’m talking to the audience of all the attendees,” Johnson said. “I’ve got a 15-minute presentation on Noblesville instead of just a panel where I’d be answering questions. The title (of the lightning round) is ‘Inclusive Prosperity,’ meaning that we should include all people in the opportunity to prosper. A lot of the CEOs for Cities’ is for urban core focus in a metropolitan area, but they do consider that we as citizens and leaders are all CEOs for our city and that we want to be change-makers and change the world for our world for the broader world.” 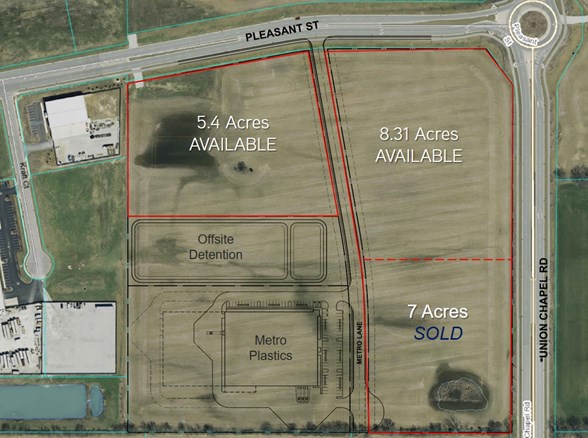 Q: What are some upcoming projects you’re most excited about?

A: “I think one of the most crucial things that we’re focusing on right now is business park development. If you drive out to Pleasant Street and you see where the new Metro Plastics building is, we did that deal. We made that happen because we are running out of buildings and locations for outdoor storage, and we have people calling us wanting to be in Noblesville. So we had to be creative and think about if we don’t have one, how can we create one? We also just recently received the Duke Energy Site Readiness Grant. That parcel could become our next business park at Exit 210.”

Q: What are some ongoing exciting projects currently in development?

A: “The BorgWarner development is progressing very nicely. Within (a few) weeks, they should be winterized and ready to start the interior work that needs to be done, so that’s really exciting. Also, Embassy Suites is bigger and better than ever. We all were thinking and dreaming about what it would be, but even when I drive out there, it’s so impressive.”

Q: What is an economic development challenge the city is currently facing?

A: “Internally, we’re doing a lot of talk about strategizing our growth. I’m actually doing a capstone project with a Ball State University-certified public manager course where my department is focusing on 146th Street. We do know that we’re challenged with non-growth in places, too, so if you drive down Cumberland to Boden, sometimes people are wondering, ‘Why is there just this vast area?’ So we’re actually analyzing, surveying and doing work to talk about what we’ve not done that we should be doing and learn from that so we can maybe make marketing materials and strategize the area. People are telling us things like, ‘Maybe the zoning should change.’ So internally, these are the discussions that we have all the time about what are we challenged with, what are we doing well, and what do we need to work on more.”

Q: What do you think Noblesville needs?

A: “Workforce is the No. 1 topic of economic development nationwide right now, so we have lots of jobs, but we don’t have lots of workers. The unemployment rate right now is 2.8 percent. That’s really good, but it’s also really bad because when we are talking and trying to attract new companies or have a company that wants to expand here, they’re asking, ‘Where’s the workforce?’ What we have to do is address how the middle skills, how we can educate, re-educate, train, retrain, train up and bring it clear down to kindergarten to create the workforce pipeline. There are really good jobs out there, and you don’t have to go to college, but you still need a career path, a trade.”

Johnson has worked in the city’s economic development department since 2008, when she was hired as assistant director under Kevin Kelly. She became director of the department in 2012.

Before working for the City of Noblesville, she worked in community development for Prevail, Inc. Prior to that, she worked for 24 years as an international and domestic flight attendant for U.S. Airways.

Originally from Lafayette, Johnson has lived in Noblesville since 1996. She is married to Roy Johnson. They have two adult children, 28-year-old twins R.J. and Kaia.