You are at:Home»Current in Westfield»Westfield Cover Stories»New player in town: Hummel seeks Westfield because of Grand Park, soccer opportunities 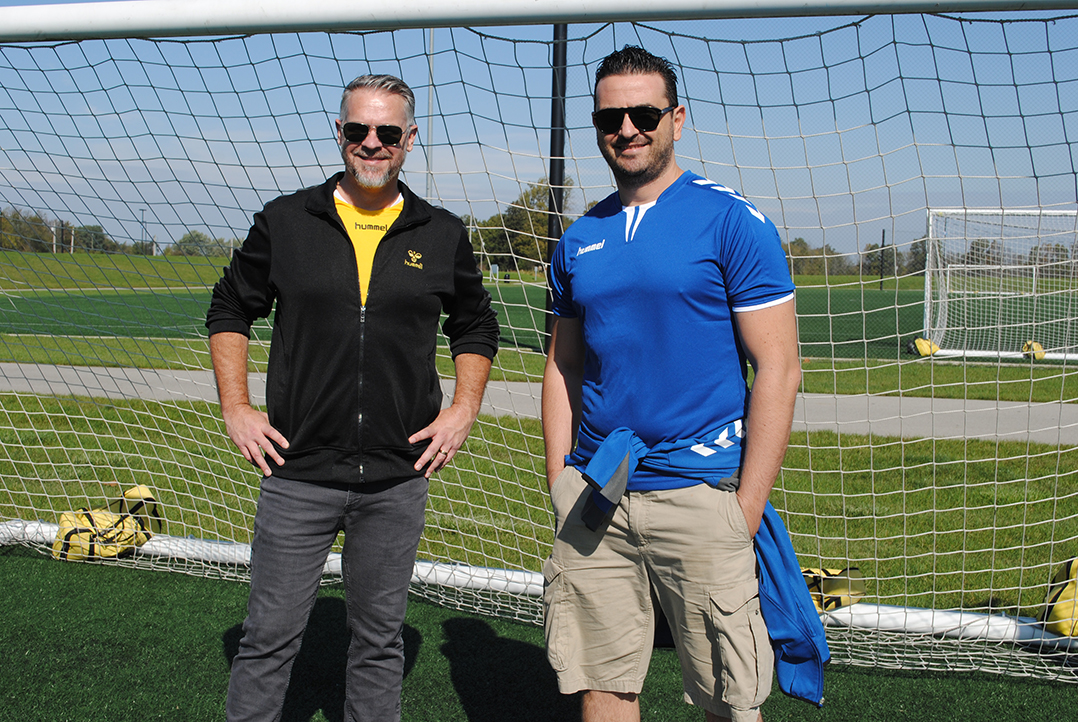 At least, that’s what brothers-in-law Serkan Tokel and Rob Moloch believed when they launched Viking Sports in Westfield, with a goal to bring the Hummel sports gear brand to Indiana. Hummel is a company based largely in Europe, mostly focusing on soccer gear.

Tokel and Moloch are agents for Hummel and live in Westfield. Tokel moved to Westfield from Turkey in July.

“We convinced (Hummel) to do it in Westfield, because we came here and were thinking about how awesome it would be to do it here because there’s so much opportunity,” Moloch said. “You wouldn’t think Indiana, but there’s so much going on.” 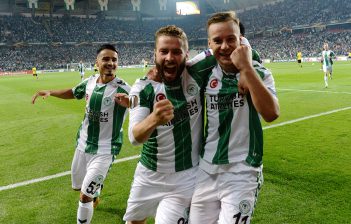 “I was thinking about this for a while, to manage a brand here and have a facility because there’s big potential with Grand Park and Indy Eleven,” Tokel said.

However, moving an international brand to the U.S. isn’t easy. Tokel and Moloch said they are in negotiation with Hummel and local representatives in Westfield, such as Mayor Andy Cook, Chamber of Commerce President Jack Russell and Indy Eleven owner Ersal Ozdemir.

Moloch and Tokel recently purchased a 2,000-square-foot warehouse at 17005 Westfield Park Rd., Unit C. The space will serve as a warehouse as well as Viking Sports’ office. Operations will begin out of the space after Nov. 1.

“Since we’re here in Westfield, we are kind of focusing on that,” Tokel said. “Indy Eleven is important for us to establish (a relationship) with. Westfield and Grand Park are equally as important. Our goal is to make the brand’s U.S. headquarters here in Westfield.”

In the future, the pair plans to have retail space in addition to the warehouse. However, through Viking Sports, Tokel and Moloch plan to work with other brands as well.

“Hummel is not the only brand we are working with,” Tokel said. “It’s our focus right now, but other European brands have expressed interest in working with us to launch their products here. We are focused on soccer here because soccer is growing here.”

Tokel also said that if other sports teams reached out searching for sponsorship, they would possibly partner with them and weren’t limited to soccer teams.

Currently, the City of Westfield and Indy Eleven are partnered with Adidas for apparel.

Difference between Hummel and other brands 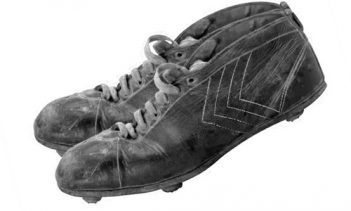 A pair of soccer cleats from 1923, when Hummel was created. (Submitted photo)

Hummel, a sports gear brand largely focused on soccer items, launched in Germany in 1923, the same year as Adidas. The company is international with a European focus.

Rob Moloch, an agent for Hummel, said the main difference between Hummel and other sports brands is the product’s value.

“There is a market niche for us because we can clothe a soccer player head to toe and save 20 percent with the same quality product,” Moloch said. “We like to promote that we’re local. When a soccer ball or a cleat blows out or a jersey gets ripped, we are here and we can do it.”