You are at:Home»Current in Carmel»Carmel Community»Carmel mayor defends development strategy in State of the City address 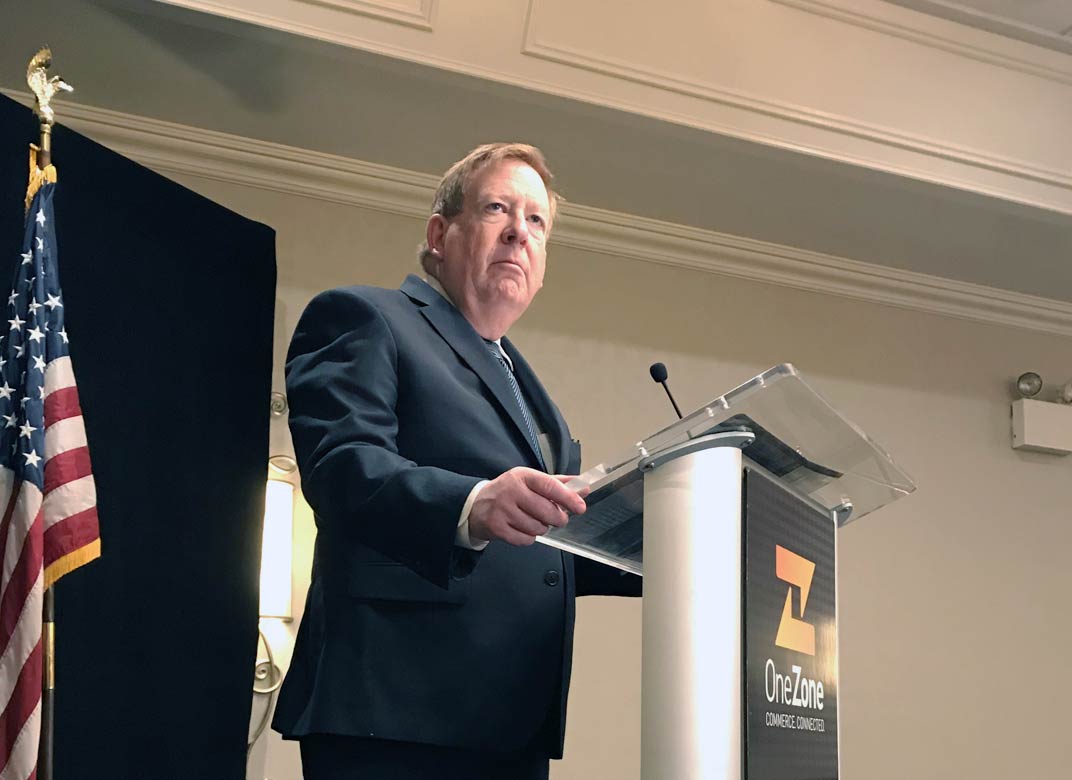 After more than 20 years in office, what is left for Carmel Mayor Jim Brainard to do?

In his annual State of the City Speech at Ritz Charles, Brainard said he has plenty more on his to-do list for the city.

“You think the last 20 years have been exciting?” he said. “Think what the next 20 years will bring.”

At an Oct. 11 event hosted by OneZone, the combined chambers of commerce for Carmel and Fishers, Brainard spoke to more than 700 attendees about past accomplishments and outlined his strategy for the future.

Brainard didn’t shy away from the fact that some have criticized him for his use of public debt to fund revitalization projects.

“This is a competitive world, and in order to stay in the game, the City of Carmel needs to continue to be creative – to stay a step ahead,” he said. “Sometimes this process can lead to controversy.”

Brainard said he and the Carmel City Council members will always listen to residents who have concerns about the debt, but that hasn’t changed his opinion that Carmel has a strong financial projection.

“That doesn’t mean we are governing by public opinion poll,” he said. “Sometimes, even though we listened, we still disagree.”

Some critics have said that Carmel’s debt is about $1 billion, including interest, a figure that Brainard has disputed because he doesn’t think interest should necessarily be included in the total. Regardless, he said that one can’t look at debt without considering revenue as well.

“We planned for this,” he said. “We have some of the most intelligent financial advisors a city can have. We have created and continue to update a 25-year fiscal plan that shows us what we can and cannot do in order to keep our taxes low and credit rating strong. In other words, we have more than enough to pay our bills and remain fiscally strong.”

Brainard recapped some development expected in 2017, 2018 and beyond, including Allied Solutions new Midtown headquarters, which will bring more than 600 office workers, Sun King’s first distillery, new headquarters in Midtown for Merchants Bank and MJ Insurance, an expanded Monon Greenway, a public ice skating rink and a luxury boutique hotel next to the Carmel City Center.

Some of the companies that have agreed to spearhead this effort include Clinical Architecture, Orchard Software, SEP, Blue Horseshoe, Fat Atom, Clean Slate and Dream Store Media.