You are at:Home»Current in Carmel»Carmel Cover Stories»Gift of Water: Carmel’s Laura Moehling works to improve hygiene, health in Haiti 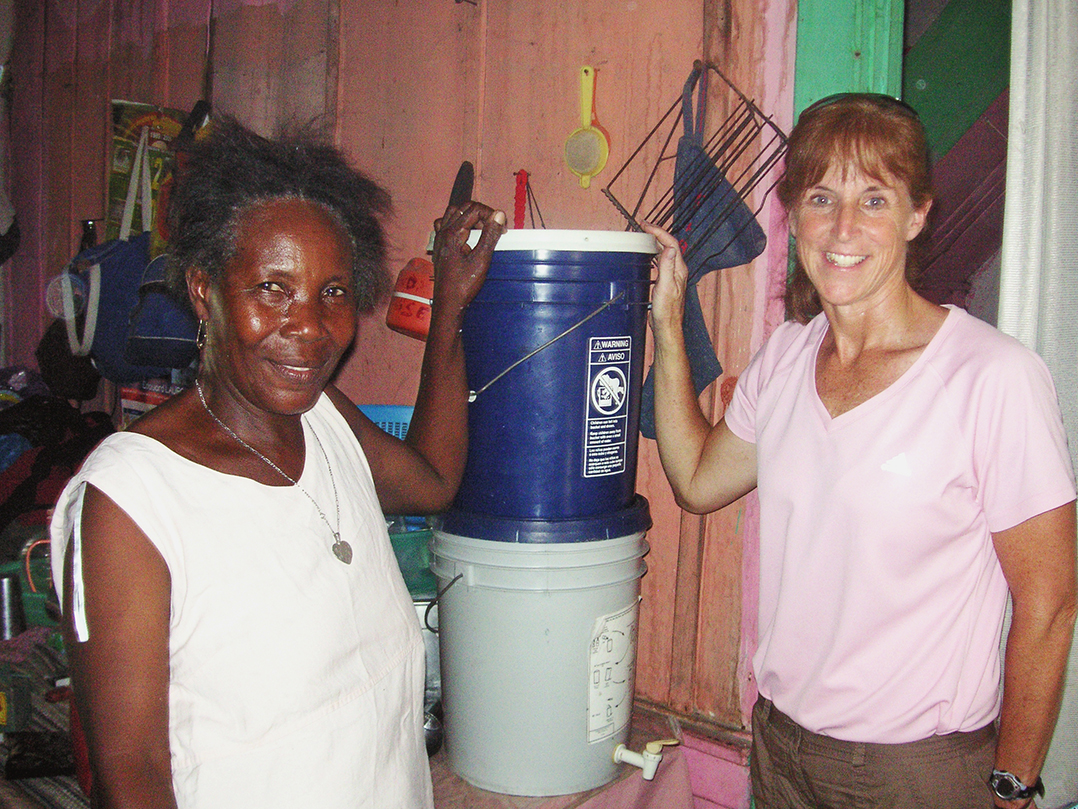 Carmel resident Laura Moehling, director of operations for Gift of Water, pauses with a Haitian woman near a water purifier in Haiti. (Submitted photo)

After making several trips to Haiti, Laura Moehling felt the need to do something to help the nation’s poorest residents get access to one of life’s necessities: clean water.

The Carmel resident said only half of the residents have access to clean water and basic sanitation systems.

“That’s a bad combination, because without a toilet, they defecate in the open and also in the rivers and streams, which pollutes drinking water,” she said.

So in 2010 Moehling became the director of operations for Gift of Water, a nonprofit that provides a simple, two-bucket system to purify water.

“I felt that the Haitian people could best solve their own problems if they were healthy enough to do that, and so I thought pure water, clean water, would give them the ability to tackle their own challenges,” she said.

The organization has brought its clean water systems to many new sites since then, but the need is still great.

Since Hurricane Matthew in 2016, there has been a 50 percent increase in reported cholera cases in Haiti, according to the World Health Organization. Cholera is an intestinal infection caused by consuming contaminated food or water. Drinking contaminated water can also lead to viral diseases, parasitic diseases, malnourishment and more. 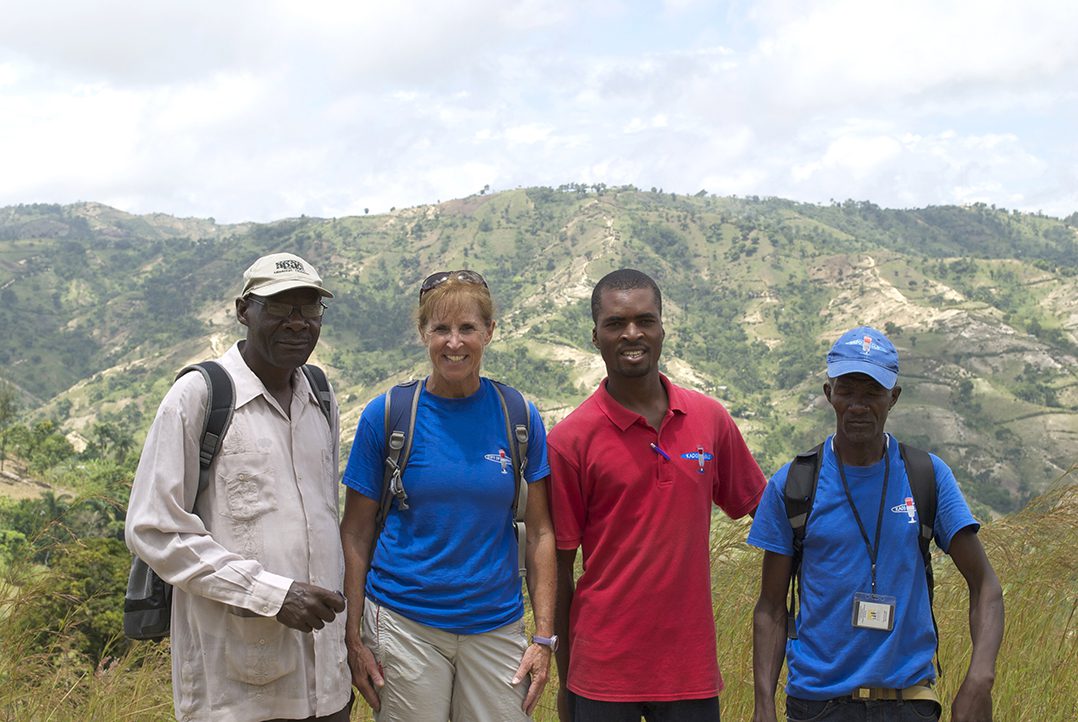 Gift of Water was incorporated in 1995 by a Purdue engineer who, after medical missions trips to Haiti, realized that many of the nation’s diseases were linked to ingesting contaminated water. He and his wife created a two-bucket water purifying system based on a British system from the 1800s. Under their leadership, Gift of Water served more than 100 villages.

The Florida-based board of directors ran the organization until 2009, but it grew to such an extent that the founders began looking for others to run it. Moehling and Pete Murphy, who now serves as president of Gift of Water, and others brought the organization to Carmel in 2010.

“The original nonprofit organization was closing down, leaving many Haitian communities without a source for clean water,” Murphy said. “Since I was between jobs, I felt this was something that I could help rectify with the help of others.”

Since then, Gift of Water has provided 25,000 purifiers in 50 communities and maintained those that were already in place. 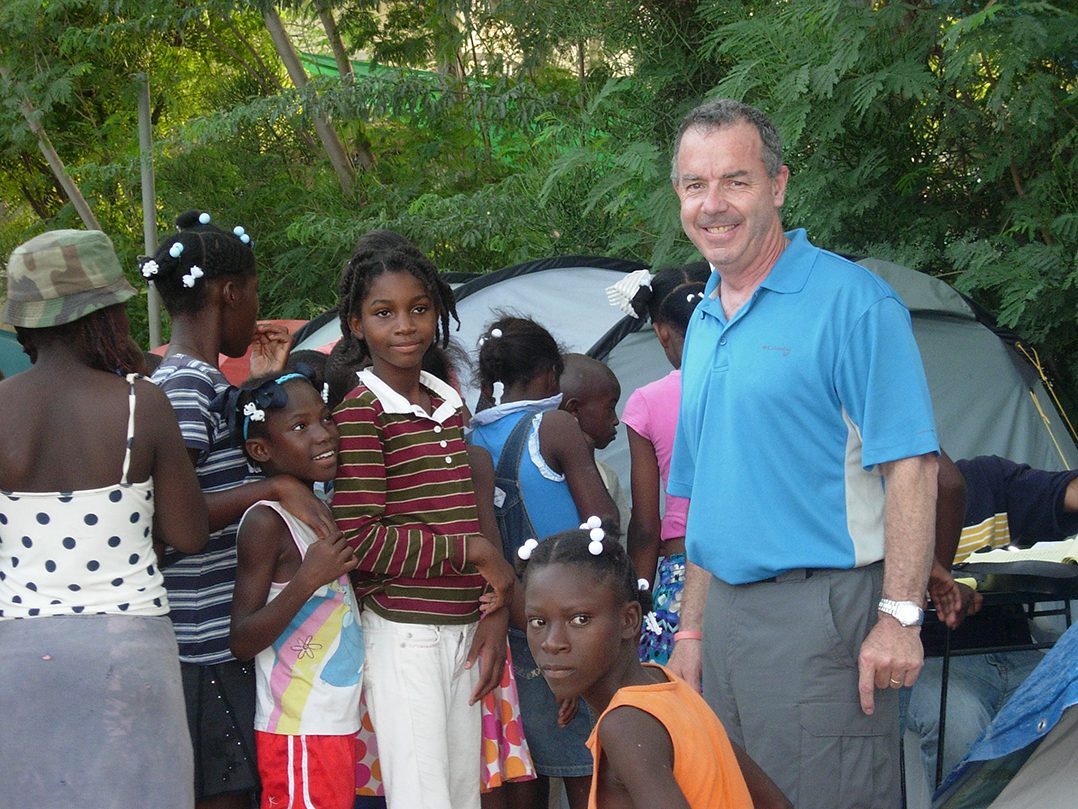 Haitians gather at a central location in their community to pick up a purifier and take it home. Each system produces five gallons of purified water, which Moehling said covers the average household of six people for one day.

Sponsor organizations pay $30 for each system placed in the Haitian community they support. Haitians families pay 75 cents per month to purchase chlorine tablets and $1 every three years to replace the filters.

Gift of Water also trains some Haitians to become water technicians so they can teach others how to use the system and create a healthy community.

“They can go into the community and teach in the schools and other places,” Moehling said. “They can teach groups of people how to keep their family and community healthy by having water treatment, proper sanitation and practicing good hygiene.”

Water technicians visit households each month to ensure those healthy practices are being followed to prevent illness.

Volunteers are critical to the success of Gift of Water.

“Not only is our board of directors an all-volunteer board, but the manufacturing and assembling of our water purifiers are completely done by volunteers,” President Pete Murphy said. “We are extremely grateful to all those that help with our mission.”

Gift of Water is always looking for more volunteers, donations and new sponsor organizations to join its efforts. For more, visit giftofwater.org.

Photo courtesy of Gift of Water

1. The red bucket is filled with dirty water, where it rests for 30 minutes with a chlorine tablet to kill viruses and bacteria.

2. The red bucket is placed on top of the gray bucket to engage a check valve, which allows the water to flow through both filters. The 1 micron filter removes parasites and dirt. The carbon filter removes chlorine and heavy metals.

3. The gray bucket also contains a small chlorine tablet to maintain the bucket as a safe storage space.

4. Clean water is available through the spigot.