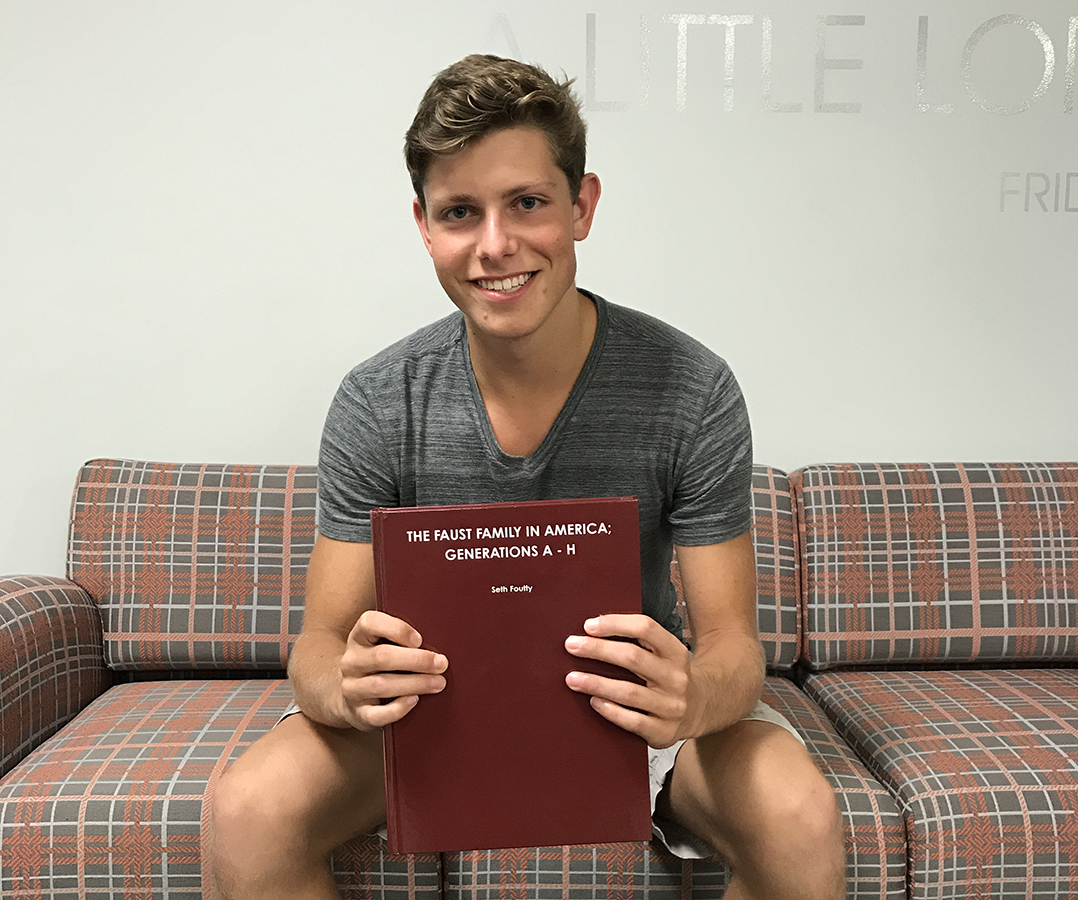 Seth Foutty began researching the Faust/Foust family when he was 16 to apply for a scholarship to Indiana University. His book is now published and available in the Library of Congress. (Submitted photo)

Seth Foutty began his trek to what would become a 410-page family history when he was 16 years old.

The project took the Fishers High School graduate four years to complete. He worked on the book two to four hours each day. It catalogs the Faust-Foust family from their arrival in 1733, profiling each member and their history.

“Originally, I was trying to get a scholarship for a full ride at (Indiana University), and I believed I was originally related to the Faust family,” Foutty said. “My last name is Foutty and thought Foutty was a derivative of Faust. During my research, I found that was not the case, but since I had already delved so deep into the family I decided to finish what I had already written and eventually publish it.”

Foutty began most of his research on ancestry.com to find members of the Faust-Foust family, and from there he compiled 500 letters to mail.

“At the very beginning, I didn’t know very much about research or anything like that, so I started off going to ancestry.com,” he said. “I realized that has limited information, so I took a trip to Washington, D.C. to find other geneological studies on the Foust family. I sent 500 physical letters to Fausts around the country asking if they had any information I could use. A lot got back and sent back their own research they had down over the past 40 to 50 years.”

One of the Fousts Foutty connected with was Robert Foust, in Fort Worth, Texas. Foust was who Foutty thought had an ancestor as the bridge between the Foust and Foutty families, but Foust informed Foutty that Foutty was actually not a derivative of the Faust-Foust family.

“During one of my 500 letters sent out to Fousts around the country, one of them got back to me and I looked over the physical will and decided it was not the case, that we were related. I had to change most of my research from that point forward,” Foutty said.

Foust said he informed Foutty that his surname was of Scottish origin, whereas the Fousts came to American from Germany.

Foust had been doing his own research on the family for 40 years.

“Long story short, when Seth sent me information and such and I started looking at it, never in 40 years had I seen any variation in the family name except for the spelling,” Foust said.  “No information or research showed any family changed the spelling of the name to Foutty.”

Foutty recently published his book in hardcover. It is available at the Library of Congress under the LCCN number 2017913371.

As for the scholarship, Foutty has yet to hear back. The university needs to determine whether or not Foutty’s work is of academic merit before he will be notified if he was chosen for the scholarship. Foutty is a freshman at IU. 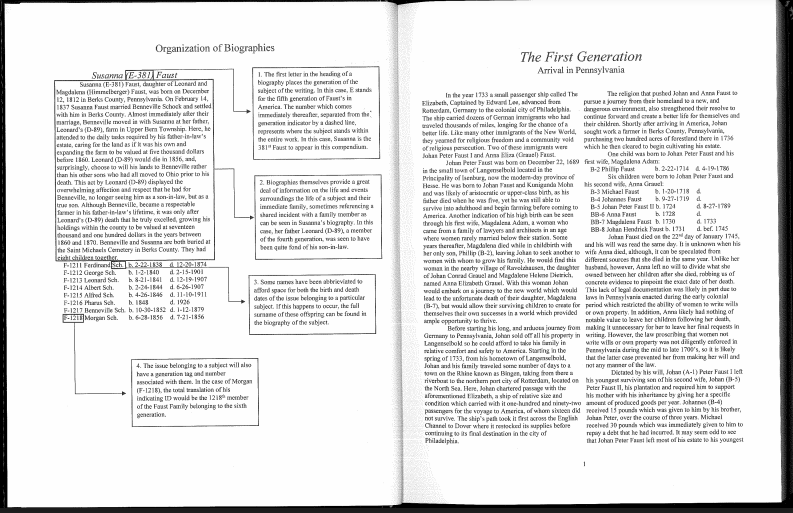 A scanned page from Seth Foutty’s book on the Faust-Foust family.

The original error in linking Foutty to Faust

Seth Foutty began his research for chronicling the Faust family in America because he believed there was a link between the Faust and Foutty families. The link originally spawned from research Foutty conducted on Philip Foughty, who he believed was the same man as Philip Foust.

“I was originally under the impression that I was related to the Faust/Foust Family due to an interesting divergence during the life of Philip Foughty (1740-1815),” Foutty wrote. “Marriage records from the time indicate that he was married to a Catherine (Unknown) and that he had a child named George. He lived within a community of Wirt County, West Virginia and was documented on his marriage license as having the name Fautz rather than Foughty which brought me to the conclusion that he may have changed his name following his marriage and that this former name of Fautz was simply misspelled. This piece of evidence in addition to other key missteps led to my acceptance of the information as truth that Philip Foughty (1740-1815) and Philip Foust (1742-1804) were one and the same. The name of the marriage license had the possibility of being a coincidence but when I looked deeper I found that Philip Foust’s wife was a Sophia Catherine Clapp and that she had a son with Mr. Foust named George, similar to Mr. Foughty. In the late 1700’s, as you probably very well know, records were partially kept and many times a middle name was used for a full name or a nickname and so I believed that it was very possible for both wives to be the same person. In addition, Philip Foust, though never documented in Wirt County, West Virginia, was missing documentation from his life during the time that Philip Foughty shows up in West Virginia. I also made the assumption that it was possible for Philip Foust to traverse through West Virginia as he moved from his birthplace of Pennsylvania to his final residence in Sullivan County, Tennessee but this was an unfounded claim as I had no evidence for it. Ultimately, I made the mistake of making to many assumptions without concrete evidence to back up my claims. However, learning from this experience I corrected the research I had already done and ensured that my future research would not have such a critical error.”