Carmel Symphony Orchestra board member Jerry Torr will move from behind the scenes to center stage when the 2017-18 season begins. 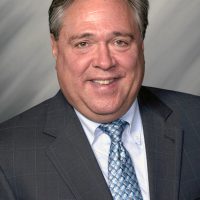 Torr, a longtime Republican member of the Indiana House of Representatives from District 39, will conduct his original piece “Fanfare for a New Era” to open the performance at 7:30 p.m. Oct. 14 at The Palladium.

“It’s technically a world premiere,” Torr said of the fanfare, a short musical flourish. “It’s never been performed before an audience.”

Torr, 59, who attended the Musicians Institute in Los Angeles, can’t remember exactly when he composed it, but it was likely sometime between 1979 and 1982.

“It was originally written for a demo recording that I used to try to get some work,” he said. “I was doing some studio work in Alexandria and recorded two days, one day with an orchestra and another day with a 12-piece jazz combo. I put together a demo with about a dozen recordings on it.”

The Carmel resident said it might have been his favorite piece, but not his most serious one.

“I had a piece just for strings that was more of a serious work,” Torr said. “What I was trying to do with this (fanfare) was demonstrate ability to write a main theme for a movie. That’s what I was looking for.”

Torr eventually gave up attempting to pursue music as a career.

“At some point I had to pay the bills and make a decent living,” Torr said. “I got into the insurance industry and the music stuff, unfortunately, kind of faded away.”

The subject of his work came up while he was on the search committee for a new CSO music director.

“The committee was a lot of fun,” Torr said.  “Studying all the applications took me back to my roots when I was in school and a few years after. Our last committee meeting I took everybody a demo with my recordings that I thought they might enjoy hearing because I talked about my background as we worked through the various applications.”

Torr didn’t give it much more thought until CSO President and CEO Alan Davis asked if he would conduct the fanfare, about one minute long, and then introduce new music director Janna Hymes to the audience.