You are at:Home»Lifestyle»Travel»Column: Lincoln statue in London 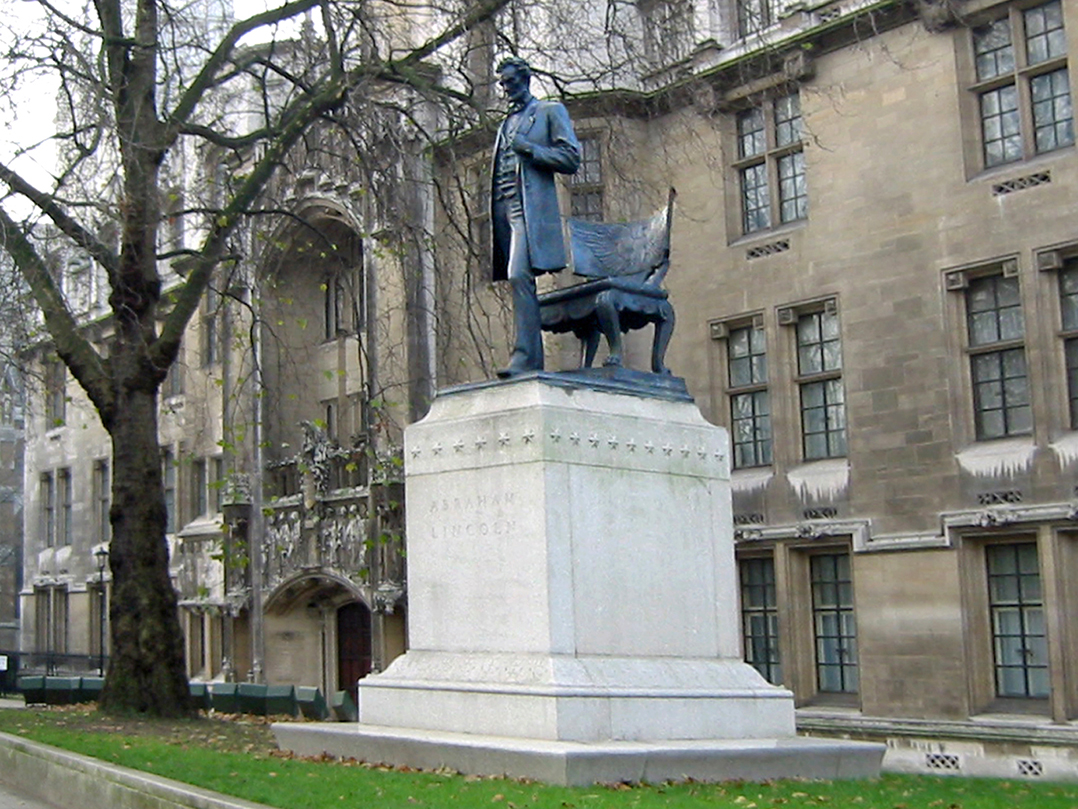 London’s Parliament Square lies west of the Palace of Westminster, the seat of Parliament, and north of Westminster Abbey. As a result, many visitors to London walk through the square, where they encounter a magnificent statue of Abraham Lincoln in front of the Supreme Court Building. Guides never tell the complete story of the statue’s history.

The 12-foot high statue depicts Lincoln rising from a chair, apparently about to begin a speech. It is a replica of a statue in Chicago’s Lincoln Park created by American sculptor Augustus Saint-Gaudens, who had seen Lincoln both alive and lying in state. More important, he had access to a life mask and casts of Lincoln’s hands made in 1860. As a result, his statue is remarkably lifelike. When the statue, called “The Man” or “The Standing Lincoln,” was unveiled in 1887 before a crowd that included 14-year-old Abraham Lincoln II, Lincoln’s only grandson, the Saturday Evening Post called it “the most important achievement American sculpture has yet produced.”

In May 1914, committees from England and the United States had agreed to place a replica of “The Man” in Parliament Square to commemorate the 100th anniversary of the Treaty of Ghent, which ended the War of 1812. Another war intervened and the project was shelved until 1917, when a new plan contemplated substituting a replica of another standing Lincoln statue, this one by George Gray Barnard, for the Saint-Gaudens version. When Lincoln’s son Robert learned of the proposed switch, he was appalled. The Barnard sculpture, the original of which was in Cincinnati, had already been ridiculed as the “stomach ache statue” because of the curious placement of Lincoln’s hands. The committee went back to the original plan and the Saint-Gaudens replica was dedicated in July 1920. The stomach ache statue was diverted to Manchester, where it remains.