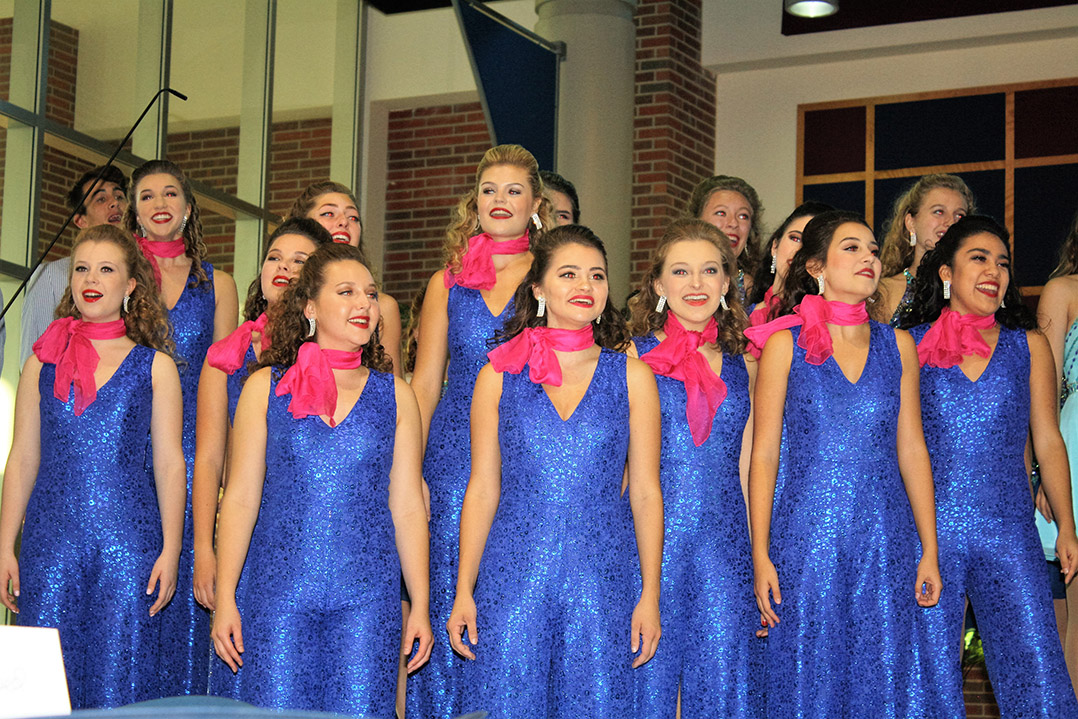 “My favorite part of cabaret is having a chance to hear a huge variety of solo and small group performances by members of these ensembles,” Paul said. “It’s really neat to hear people sing styles or genres you may not have had a chance to hear them sing before.”

Paul will be appearing in her third Cabaret. She appeared as an Accents member as a sophomore and is in her second year with  Ambassadors. This year’s theme is “A Night of Magic, Mystery, and Dreams.” It will held in the CHS freshmen cafeteria from 6 to 9 p.m. Oct. 21. The Accents are an all-female show choir and Ambassadors are a mixed show choir.

“I love the theme of dreams and imagination this year because I think it captures the spirit of the Carmel Choirs program,” Paul said. “We have the privilege to imagine and then create our own visions with every performance. Cabaret is definitely a wonderful chance to view performances in a more relaxed atmosphere where the performers have the chance to directly interact with the audience between performances and through the auction process as we fundraise for our year to come.”

Senior Ben Heber, in his third year of Ambassadors, said the casual atmosphere is enjoyed by performers and audience members.

“I personally love to see family and friends because I can interact with them between performances,” Heber said. “My favorite part of the evening is watching the solo performances. It’s a chance for so many talented individuals in our choir program to showcase their best work, from Broadway show tunes to acoustic songs.”

Along with an array of desserts, a silent auction will be held. Kathrine Kouns, CHS director of choirs, said all money earned from the event goes to support the expenses related to this school year’s competition season, including travel costs, choreography expenses, costumes and contest fees.