You are at:Home»Current in Westfield»Westfield Community»Studying evidence, drugs and a lab 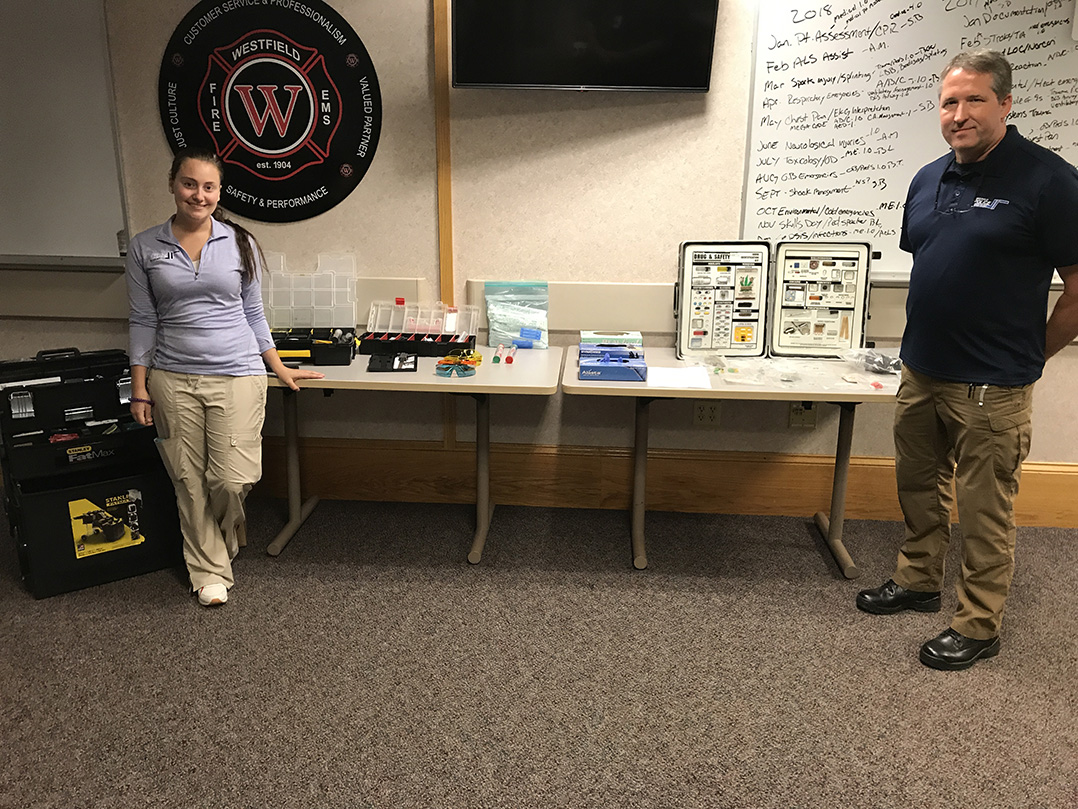 Sept. 28 brought another hands-on course to Westfield Police Dept. Citizens’ Academy participants. We heard a presentation from Alyssa Kautzman, a civilian criminalist with the department, on evidence and how it’s gathered.

Kautzman said being a criminalist is  like the marriage between laws and the scientific community, which work in tandem to collect evidence. Class members walked through the criminalist lab and property room at the department.

When Kautzman or Blackford arrive on scene, the first thing they do is talk to officers and then take photographs.

“Photographs are the most important piece of evidence you can collect of a crime scene,” Kautzman said.

After Kautzman presented on crime scenes, she presented on controlled substances, or drugs. She passed out safely packaged drugs from inactive crimes and the class was able to examine and feel the drugs through the plastic. We were able to compare real drugs to similar-looking,  everyday items through a slideshow Kautzman provided. Some of the drugs we studied were heroin, crystal meth, marijuana, LSD and more.

Materials criminalists use to collect evidence were set up in the classroom for members to examine.