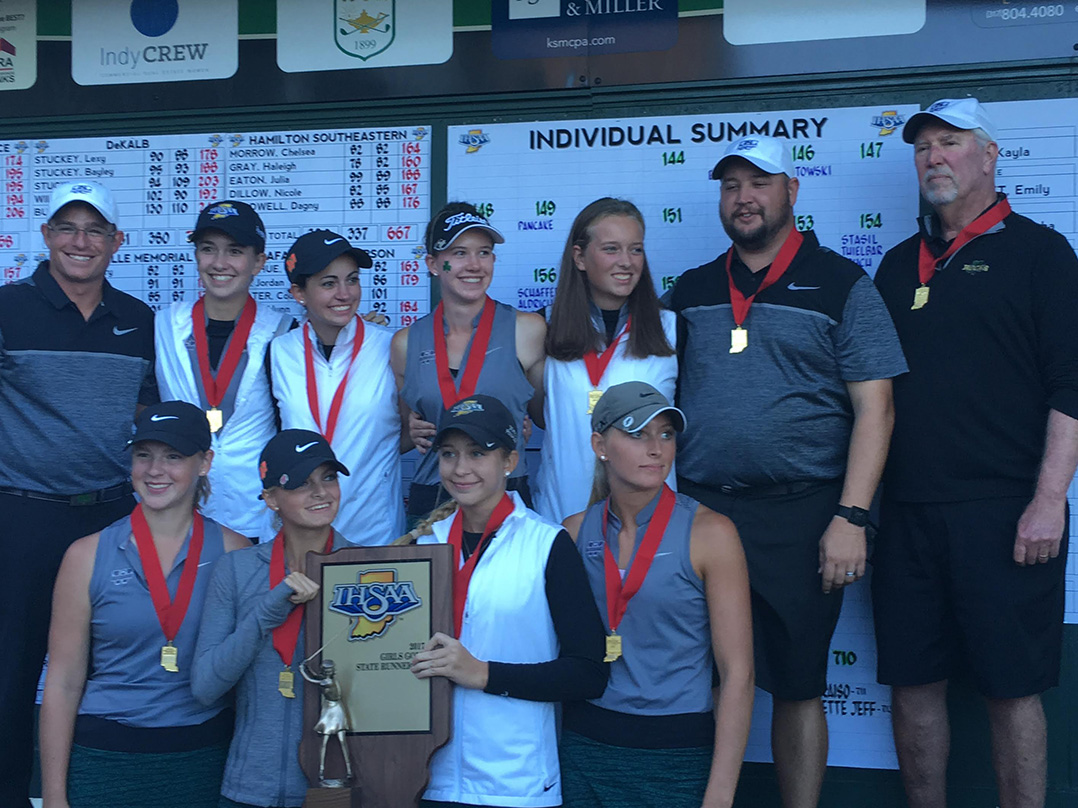 “Our seniors have had a tremendous four years and the accolades they have earned throughout have been really impressive, and I couldn’t be happier for them,” Shamrocks coach Trevor Neu said.

The No. 2-ranked Shamrocks finished with 638 strokes, one stroke less than No. 4 Evansville North, which finished third after winning the previous three state titles. Top-ranked Zionsville won with 620 strokes at Prairie View Golf Club in Carmel.

“I’m so proud of Zionsville,” Neu said. “We play a lot with them together all year. If we weren’t going to do it, I’m glad someone from our own conference (Hoosier Crossroads) did. As far as kids go, I couldn’t be more proud of how our kids handled the pressure. We wanted to try to make a move (in the final round) and how they handled that. At some point the reality was that we had to talk that we had to play for second. We made some big putts to emerge with a runner-up.”

The Shamrocks finished sixth in 2014, prior to the run of three consecutive runner-up finishes.

“We have one of the best girls in the state with Jocelyn Bruch coming back and some young kids waiting in the wings,” Neu said. “It will be the next man up next year, for sure.”

Bruch, a sophomore, finished with rounds of 75-79 for a 154 total, finishing tied for seventh individually.

“My (final) round wasn’t my best, but I fought through it and made some good putts,” she said.

Bruch said the seniors were the foundation of the team.

“We’re going to miss them a lot,” Bruch said. “They started our run to state.”