You are at:Home»Current in Zionsville»Zionsville Community»Nurse arrested for distributing Xanax in Boone County Jail

A nurse working in the Boone County Jail has been arrested for trafficking Xanax to an inmate. 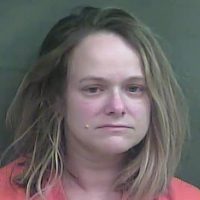 Boone County Sheriff Office staff members launched an investigation after they noticed four inmates appeared to be under the influence of an unknown substance at approximately 1:45 p.m. Oct. 2, according to a press release.

Investigators interviewed several inmates and jail staff and discovered that Denell C. Clark, 37, of Fortville had allegedly distributed 15 to 20 2mg Xanax pills to an inmate. Clark, who was working for Quality Correctional Care, LLC, confessed and said she brought the pills in from the outside, the press release states.

“The recent allegations involving our employee are both troubling and disappointing. These recent allegations do not, in any way, reflect the core mission of Quality Correctional Care, LLC, and its dedicated staff, of providing the highest level of professional medical care to our clients throughout the State of Indiana,” it states. “After fully cooperating with the Boone County Sheriff’s criminal investigation, it is now clear that the recent allegations were the result of the isolated actions of one employee.”