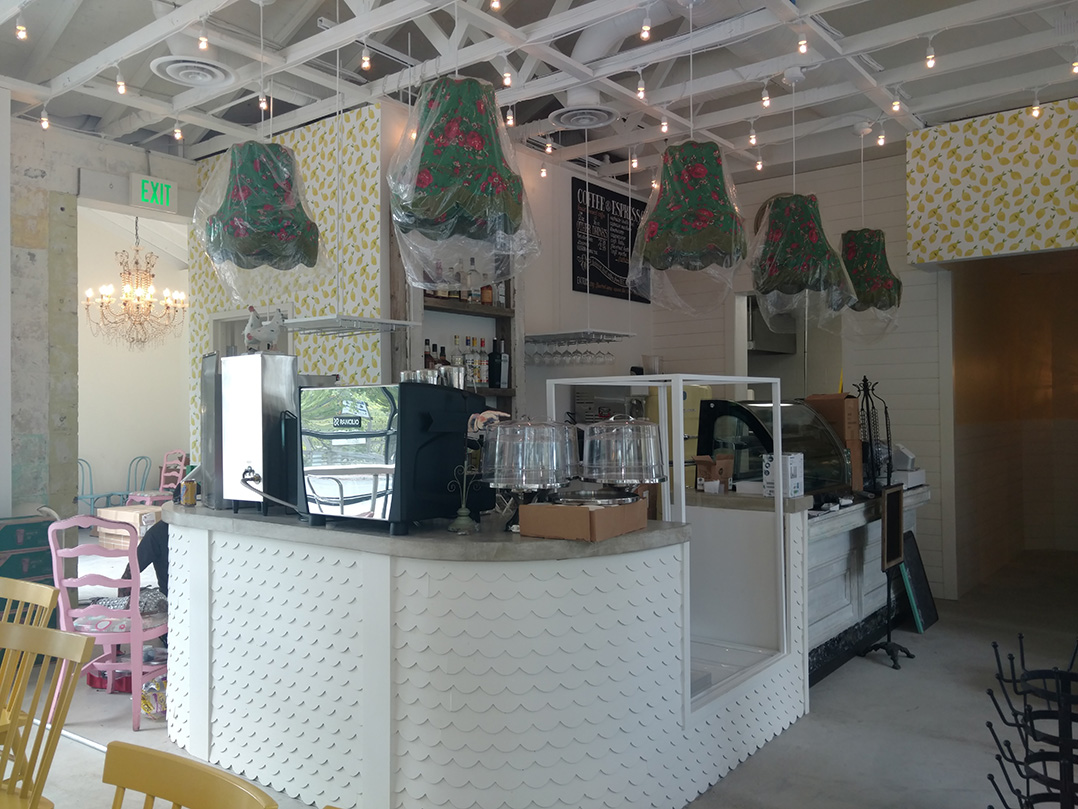 The Lemon Bar is scheduled to open Oct. 10. (photos by Heather Lusk)

The Lemon Bar will bring baking and cooking that’s “traditional with a little twist,” according to owner Kate Drury, when it opens Oct. 10.

Drury was a pioneer in Midwest baking, bringing one of the first shops selling only cupcakes to Indianapolis 11 years ago. 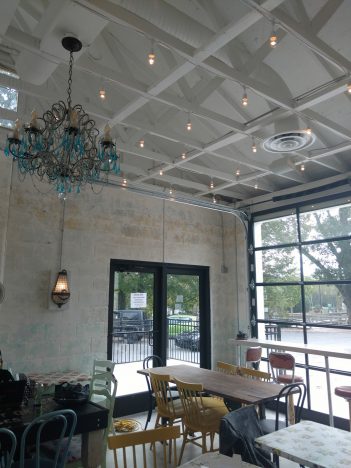 Through the years she expanded The Flying Cupcake to six locations throughout the city and added The Dancing Donut. The Lemon Bar will combine those ventures with the addition of meals and a bar.

“I really just felt like it made sense to move into that,” said Drury, adding she likes the character and charm of the village and the number of local businesses supported by the community.

The Lemon Bar is at the corner of Elm and Pine streets in a run-down building that was formerly a carwash.  The building wasn’t for sale but she pursued the owner and a year later signed the contract.

Drury thought the building had potential but kept hitting roadblocks during renovation.

“I thought I was crazy,” she said. “I didn’t want to tear it down. I really wanted to use this building.”

The result is a windowed front facing Lions Park. A glass garage door can be opened during nice weather and shabby chic furniture merges with a lemon-themed interior.

Some specialties will be adult (alcoholic) milkshakes, cakes by the slice, flatbreads, salads and vegan options. Drury will bring gluten- and dairy-free desserts from an off-site closed kitchen.

“The concept is people coming in here with friends and family,” Drury said.

The Lemon Bar will open during the week at 7:30 a.m. for quick-serve bagels, donuts and coffee. Sit-down service begins at 11 a.m. with lunch with closing at 9 p.m. Tuesdays and Wednesdays and open until 10 p.m. the rest of the week. It will open at 8 a.m. Saturday and Sunday with a special menu and waffles made-to-order until closing at 3 p.m on Sunday.