You are at:Home»Current in Carmel»Carmel Cover Stories»Hidden in plain sight: Domestic violence may be a taboo subject, so victims silently suffer 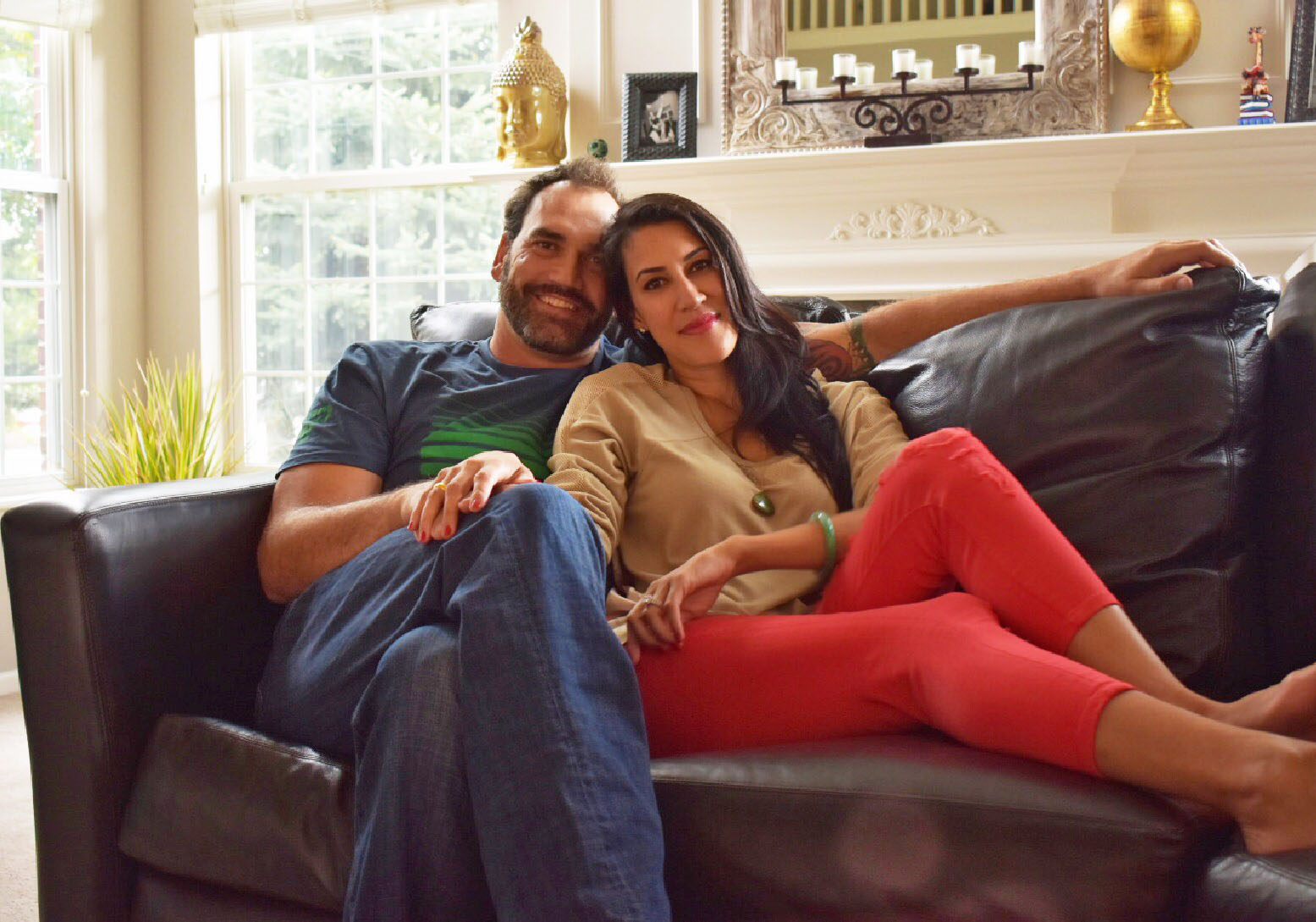 Scot and Dawn Pollard of Carmel are both victims of domestic abuse in previous relationships. (Submitted photo)

He’s a big man with an even bigger personality.

But behind the inventive hairstyles and colorful interviews, former NBA power forward Scot Pollard was hiding a painful secret. For several years, he was a victim of domestic violence.

“For me to come out and finally say – at my size, 7-feet, 300 pounds – I was physically abused in a former relationship, I would think that anybody could say, ‘Wow, if he can say that, it can happen to anyone,’” he said. “I’ve been to bars and people are scared to attack me because of my size, but I was hit, kicked, slapped, punched, had things thrown at me and things used to hit me in my sleep.”

Pollard, who lives near the Carmel/Zionsville border and played for the Indiana Pacers from 2003 to 2006, may seem an unlikely target, but stories like his are probably more common than most people realize. A 2013 study by the Avon Foundation for Women concludes that 1 in 3 women and 1 in 7 men will experience domestic abuse at some point in their lives.

Domestic violence is more than just physical assaults. It can include emotional, verbal, sexual and financial abuse, and it affects people of all races, incomes and education levels. 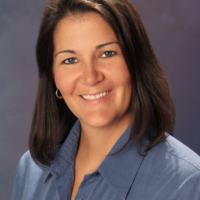 Noblesville-based Prevail, Hamilton County’s only nonprofit organization dedicated to serving victims of crime and abuse, served nearly 3,000 people in 2016, and nearly half the issues they addressed involved domestic abuse. Males made up about 22 percent of people seeking services at Prevail last year.

“I’m sure you know somebody who is a victim of domestic violence,” said Susan Ferguson, executive director of Prevail. “They may or may not have told you that yet, but you know someone.”

In Boone County, Lebanon-based nonprofit Mental Health America of Boone County operates the only shelter for victims of domestic violence. Executive Director Pascal Fettig said that Zionsville residents are underrepresented, but not because domestic violence doesn’t happen there. 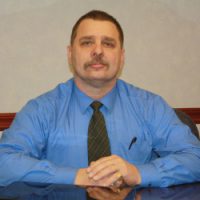 “Our percentage from there is lower than anywhere else,” he said. “Because it is so close to Indianapolis, Zionsville residents will tend to push more that way, and maybe they’re not quite educated about what Boone County can offer you.”

Although slightly more than half of Prevail’s clients in 2016 reported an income of less than $25,000 per year, Ferguson said victims from wealthy households are under-represented and much less likely to seek support at Prevail or elsewhere, in part because less help is available.

“There’s fewer resources available for victims of domestic violence here (in Hamilton County),” Ferguson said. “In Marion County, there are probably at least half a dozen specific service providers. Here, it’s just us.”

Mary-Margaret Sweeney, director of community engagement at Indianapolis-based Domestic Violence Network, said low-income victims are often already connected to social services through public housing or the welfare system. For many Hamilton or Boone county residents who become victims of domestic violence, they might not know where to turn. 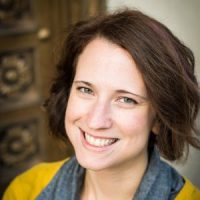 “If you are that stereotypical Carmel housewife, you don’t have a case manager checking on you,” she said. “It’s easier to hide in a lot of social situations.”

She also said some victims are discouraged from seeking help because of how it could affect their children.

“If you leave and you get custody of your kids, they don’t get to go to the nice school anymore or play on the travel sports team anymore,” Sweeney said. “You want to prevent that for your child.”

Fettig said that in upper class communities like Zionsville, the topic of domestic violence is sometimes perceived as off limits.

“There’s this stigma that domestic violence and mental health difficulties are bad and nobody needs to know about it,” he said. “It’s almost taboo to say we could potentially have domestic violence in our household.”

Pollard, 42, who lived in several affluent neighborhoods throughout the U.S. during his NBA career, said he’s known several other wealthy victims who were afraid or unwilling to seek help.

“There’s that stigma of perfection people strive to attain in affluent communities, and that’s what keeps it quiet,” he said. “People think it doesn’t happen as much, but I’m betting it does.”

Such was the case for Sarah Hutchinson, who was living in a five-bedroom Zionsville home when she met the man who is now her ex-husband. She described him as romantic and charismatic when they first met, and she didn’t worry when he invested the money from the sale of her house into his properties and combined their bank accounts, making her an “authorized-user” only – signs of potential financial abuse and a desire to control.

During the next few years, the relationship gradually eroded into one of verbal and physical abuse. She pretended everything was fine, wearing sweaters at the country club in June to cover her bruises. But when she began fearing for her life, Hutchinson left with her two special needs children and $20 in her pocket.

“I had always been that mom that was stuffing backpacks for children who couldn’t afford them, then all of a sudden I’m standing (in a shelter) with my children because I didn’t have access to my funds for 12 months,” she said.

Now a Westfield resident, Hutchinson, who received help from Prevail, frequently shares her story to let other victims know there is hope.

“If domestic violence is our dirty little secret, then the perpetrators can do whatever they want and get away with it,” she said. 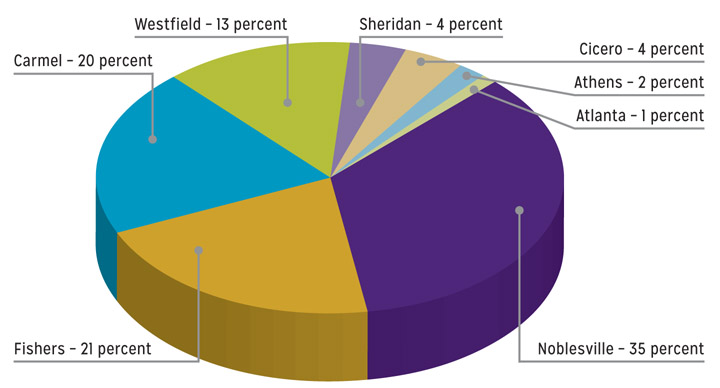 October is Domestic Violence Awareness Month, and Prevail has created the month-long Go Purple campaign to educate community members on how they can help. In addition to selling various purple products to raise funds and spread awareness, Prevail is highlighting its Bystander Intervention program, which explains techniques for responding to various levels of witnessed abuse, and the 100 Men Campaign, which seeks to identify 100 men who will serve as role models and publicly take a stand against domestic abuse.

Sweeney said community members can assist in many ways, from being available for victims making a difficult transition to thinking about the issue in a new way.

“We make offhand jokes or comments about domestic violence because we think the person in front of us doesn’t experience that, but we don’t ever really know what someone is going through,” she said. “Just because of the car they drive or job they have, chances are you know (victims) even if they don’t tell you about it.”

For those experiencing domestic violence, Prevail and DVN aim to offer victims the help they need, whenever they need it. Leaving an abusive relationship can be emotionally challenging, but that’s also the point when domestic homicide goes up 75 percent, Sweeney said, so victims need to have a thorough plan and support system in place.

Pollard, who is now happily married to a woman who is also a survivor of domestic violence in a previous relationship, said his message to people suffering like he once did is to find a safe way to get out – no matter how hard it might be.

“If you ever want a chance at real happiness, you’ve got to suffer some short-term sadness,” he said. “That’s hard, but it’s short-term sadness that is going to lead to a lifetime where I don’t have to be in a relationship where I’m scared I might get killed or beat up. I sleep a lot better now.”

For Scot Pollard, the decision to share his painful past is a search for justice – for himself and other men.

Not only is it extremely difficult for men to admit that they’ve been victims of domestic violence because of the male ego, he said, but the legal system doesn’t treat them the same way it treats women who have suffered abuse.

“If I had done what was done to me, I’d have done serious jail time, and rightfully so,” he said.

Pollard said he called the police twice to report being physically abused. One incident led to his alleged abuser spending two nights in jail, although Pollard ended up dropping the charges. The second time, when he finally decided to end the relationship, he was the one who left the home, not his ex. They have joint custody of their three children, and that’s strained his relationship with his kids, he said, and forced him to remain in Hamilton County.

Pollard admits that his former relationship was fraught with problems. In speaking out about the domestic abuse, he said he also wants to come clean about his infidelity – with former neighbors and others – that contributed to the issues. He met his current wife, Dawn, when he was cheating on his ex, and he believes infidelity is another issue that is all too often swept under the rug in affluent communities.

But neither unfaithfulness nor any other problems give anyone the right to physically harm their partner, Scot Pollard said.

“There are issues in every relationship that can give somebody an excuse to behave a certain way. Everyone has their own coping mechanisms,” he said. “It’s never OK to be violent. It’s just not.”

MHABC Executive Director Pascal Fettig said victims can also contact local law enforcement, either by dialing 911 or the non-emergency line – depending on the situation – to seek assistance and connect with resources.