You are at:Home»Current in Carmel»Carmel Community»Carmel Utilities manager to run against incumbent for county council

Sue Maki, manager of environmental initiatives and education for Carmel Utilities, announced she plans to file to run against incumbent Fred Glynn for his District 1 seat on the Hamilton County Council. District 1 includes most of Carmel. 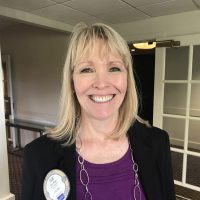 Maki has worked for the City of Carmel for the past 11 years. Prior to that, she worked for three years as an account executive at The Hylant Group, a commercial insurance broker for small- to mid-sized companies and nonprofit organizations.

Maki is a longtime member of the Carmel Rotary Club and is a past president. She’s also served as president of her local parent teacher organization and has served on several city and county boards and commissions.

“I love Hamilton County,” she said. “I’ve lived here almost 30 years. I’m a positive person that appreciates the direction our county is going in.”

Maki said one issue that made her want to run was the vote for a public safety training center.

In August 2015, the Hamilton County Council voted 4-3 against spending $3 million to add a gun range, fire training tower and other improvements to a public safety training facility. Those same four county councilors later agreed to fund $568,000 to build the fire tower. Glynn was among those four and defended his position, saying his job is to scrutinize every spending proposal on behalf of taxpayers.

Maki said the training center is a smart investment that would benefit the community.

“One of the things I look at is smart investment in our community,” she said. “I’m a fiscal conservative, but sometimes you have to spend money to save money later on and to make the community a better place for economic development. There have been some things that have not passed in the past, such as the Public Safety Training Center.”

Education: Bachelor’s degrees in political science and business from Baldwin Wallace University in Ohio and an MBA from Anderson University