You are at:Home»Current in Zionsville»Zionsville Community»Zionsville veteran experiences Indy Honor Flight before time runs out 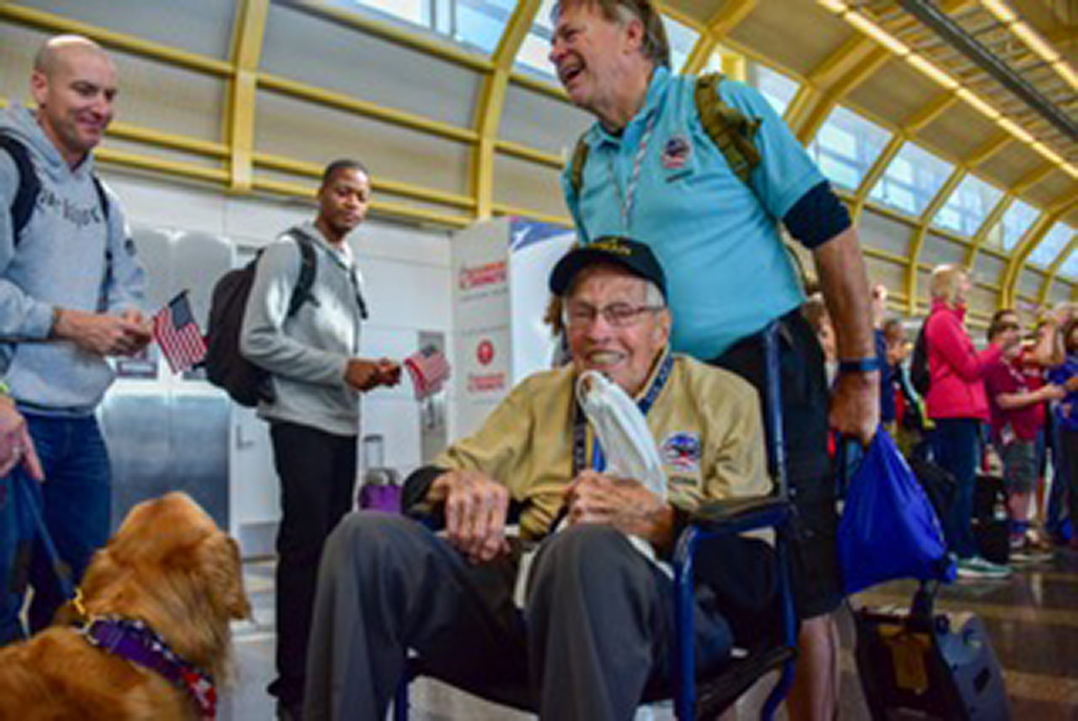 The morning after Max Damer’s Indy Honor Flight, his arm was so tired from shaking hands he literally couldn’t move it for nearly a day.

“I don’t know how many hands I must have shaken, it must have been close to 500,” he said with a grin. Damer was among 89 veterans on the trip from Indianapolis to Washington, D.C. Sept. 9. 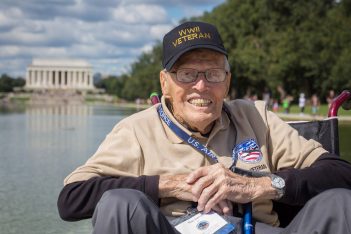 The Honor Flights send veterans from World War II through the Vietnam War to Washington, D.C., to recognize their sacrifices and tour memorials throughout the city. As the Honor Flight website states, “The time to express our thanks to these brave men and women is running out.”

A week after his Indy Honor Flight, Damer was all smiles at his Zionsville home as he recalled the experience and volunteers who cared for him during his trip.

“I think it’s important the public knows how dedicated these guys are,” he said of the Indy Honor Flight.  “One of them kept calling me ‘Smiley’ because every time she looked at me I was laughing.”

Damer’s favorite part was seeing the Tomb of the Unknown soldier and watching the precision of the guards.

Serving in the military almost wasn’t an option for Damer. A hernia prevented him from enlisting during World War II. Surgery repaired it and he was drafted in 1948 and sent to Japan as part of the U.S. occupation forces. He was discharged Aug. 17, 1950 and re-enlisted the next day. He joined the Air National Guard and was activated to duty several months later. He was a crew chief for the F-51H, promoted to staff sargent and honorably discharged in 1953.

Damer was humble about his time serving in the armed forces, believing that he didn’t qualify for the Honor Flight because he didn’t serve during “the big fights,” as he put it. But the public disagreed, coming out in full force to honor him at a surprise party at Plainfield High School when the Honor Flight returned.

“It must have taken me 45 minutes after we arrived at the school because of all these well-wishers lined up,” he said. “It seemed like we were gone much longer than one day.”