You are at:Home»Current in Carmel»Carmel Community»Carmel businessman pleads guilty to stalking

The president of a Carmel heating and air conditioning company has pleaded guilty in Kentucky to first-degree felony stalking of Jamie Brister, a former Noblesville resident. 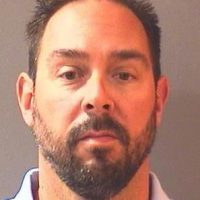 Scott Appel, Indianapolis, president of Appel Heating & Air Conditioning, will avoid jail time as part of a Kentucky Dept. of Corrections pre-trial diversion program approved July 31 by Hopkins County Circuit Court Judge James Brantley. If Appel, 46, violates the conditions of the pre-trial diversion, which forbid him from contacting Brister in the next five years, he could be required to serve all or part of a three-year sentence for the stalking charge, a Class D felony, a Hopkins County spokeswoman said. Those who successfully complete pre-trial diversion programs in Kentucky receive a recommendation to the court to dismiss the related charges, she said.

An arrest warrant issued in February states that Brister, 33, who said she was an ex-girlfriend of Appel’s, brought a GPS tracking device to the Kentucky State Police and produced numerous voicemails that Appel left on her work phone number. The warrant states they included, “You know you can’t hide, try if you might, I know where you are,” and “I got my eyes on you.”

After she contacted the state police, Hopkins County Judge Susan McClure granted Brister an emergency protection order, the warrant states. A Kentucky state trooper contacted Appel and “instructed him to not have any other contact or communication with Brister,” according to the warrant, which states that Appel told the trooper that “he denied knowing Brister and stated he would have remembered her.”

The warrant states that later that evening, Brister received a voicemail that stated, “You can die, Jamie” and included several expletives. Other voicemails followed, the warrant states, including one on Feb. 22 that included, “You can’t stop what’s going to happen tonight.”

When reached by phone, Appel and his attorney, Julie Kaelin, declined to comment.