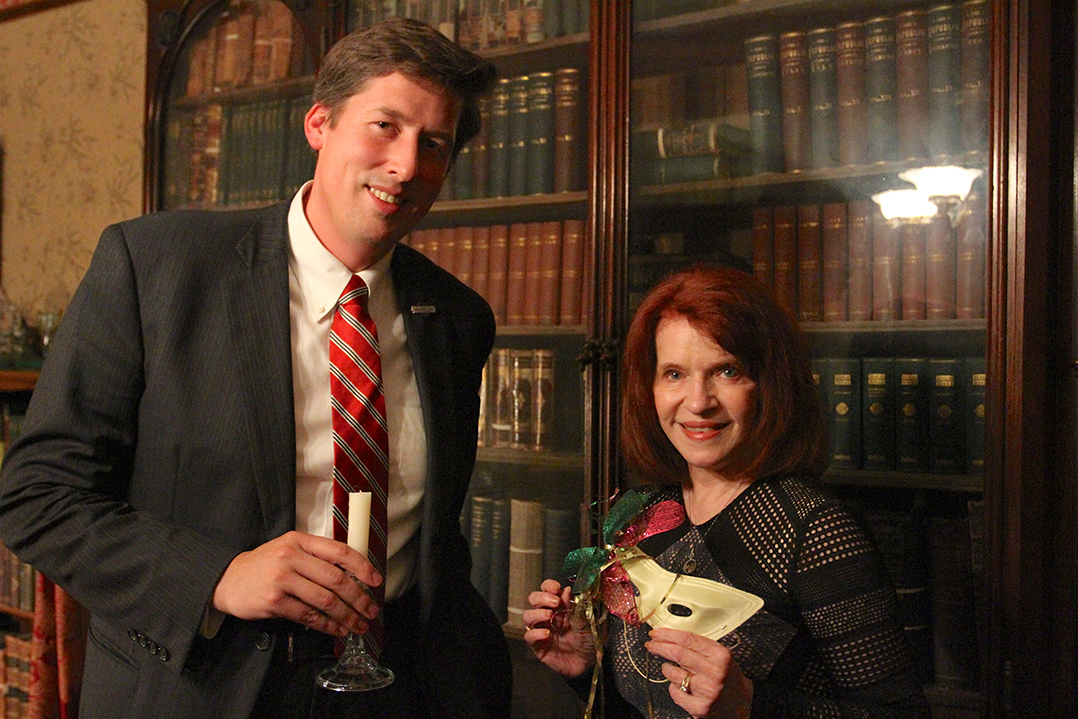 For Donna Wing, her visit to the President Benjamin Harrison Presidential Site was love at first sight.

Wing’s then-12-year-old son, Chris, had been asked to play a part as an interpreter when he was at the Indianapolis historical site.

“An actress dropped out, so I filled in,” Wing said. “There was never anything I had ever done in my life in theater that was even close – to be able to perform in this kind of setting with an ambient setting, ambient lighting, candlelight. There is all that history, and to actually perform in a room where a U.S. president died, and a room that he was notified he was president, is special. I started mulling that we could do a lot more in this space in the way of theater if the then-CEO president (Phyllis Geeslin) liked the idea.”

Wing, a long-time Geist area resident, drew up a proposal in April 2003 where, instead of using impromptu interpreters, they would use actors.

“My experience was with stage actors,” Wing said. “Then I had an idea if a person could come to theater, sit in a room, watch a play with 19 other people while two other plays were going on in different rooms, then they would rotate and see all three plays. I thought, this is a crazy idea.”

But after the 90-minute proposal, Geeslin was sold.

“We opened in March of 2004 with three plays,” said Wing, who serves as the Candlelight Theatre creative director. “We used Victorian playwrights for the first show. Things have come a long way since then. We opened to an almost sold-out home. We started with six nights. By the third year, we sold out two weeks before we opened. We opened a seventh night and had to turn people away.”

The Candlelight Theater has become a fixture at the home.

“Why the Candlelight Theater is so important is it allows us to share these stories in innovative ways,” said Charlie Hyde, Harrison Presidential Site president and CEO. “We usually try to tie into the era or to the Harrison story in some meaningful way. We are not trying to clobber anyone over the head with history. This is about fun. This is about entertainment and quality theater. There are ways to do that to work into some of the history.”

Hyde said Harrison’s first wife, Caroline, who died in 1892, was a theater lover.

“She had a salon-style theater in the library,” Hyde said. “The house has always been filled with art, theater and culture.”

There is a four-play season each year. The Harrison Presidential Site now has a resident playwright, James Trofatter. 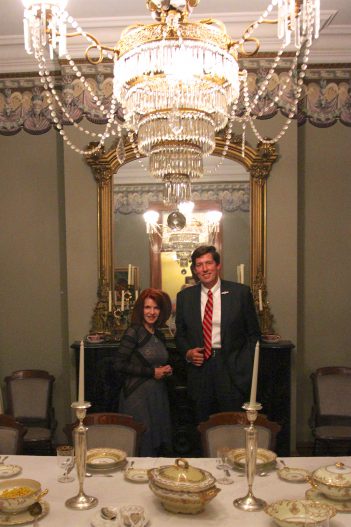 “James joined us as an actor in our second or third year, and he now writes our plays, or the majority of them,” Candlelight Theater creative director Donna Wing said.

The company is a volunteer troupe of 11 men and 11 women.

“It takes a special actor,” Wing said. “They have to be able to deal with the audience in close proximity.”

It’s one of six that Wing said are rotated around Halloween.

“It’s what I call sophisticated creepy,” Wing said. “Parents leave thanking us because we were able to bring our children to a Halloween where they were scared, and it was spooky, but they learned about U.S. history.”

This is the second year “’Twas the Night Before…” will be held in December.

“We put it together last year, and it went very well, so we are expanding those characters,” Wing said. “You go into a room and meet a different character. Some are real and some are fictitious.”

The spring performance features mystery plays, which last 25 to 30 minutes in three different rooms with an audience of 20. The April 2018 version will be called “Murder in Triplicate.”

“Our resident playwright writes 75 percent of the plays we do in the spring, because he knows the actors and the space, and they can be timed meticulously,” Wing said.

The Candlelight Theater made an agreement with the Cook Theater at Indiana Landmarks to present four performances on “The Trial of Nancy Clem” in July 2018.

“We required more than 30 minutes and a larger cast for the play,” Wing said.

Clem, who was the first woman in Indiana on trial for first-degree murder, was charged with killing her business parter, Jacob Young, and his wife, Nancy Jane.

Harrison was the prosecuting attorney in one of her trials. Clem was convicted of murder in that trial, but the conviction was overturned on a technicality by the state Supreme Court. Two other times, there was a hung jury. Another time, she was convicted, and the state Supreme Court again overturned it. Wing will portray Nancy Clem, a role she has played in the past.

“There will be a piece where the audience will decide (her fate),” Wing said.