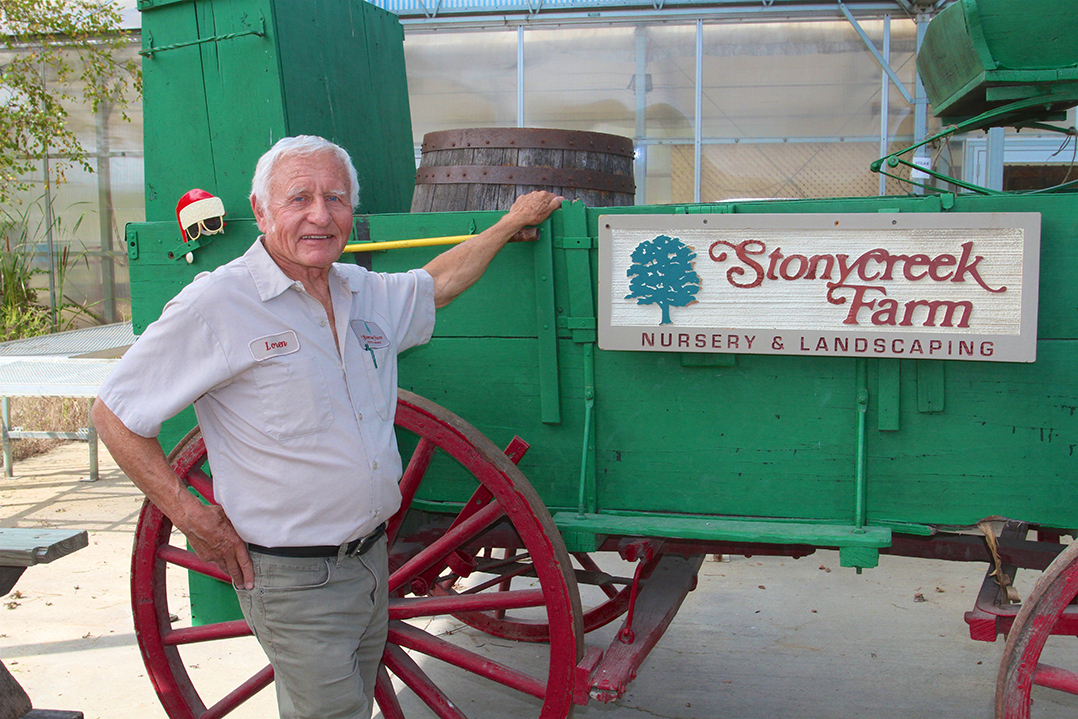 Since 1972, Loren Schmierer has brought fall fun to Noblesville families as the owner of Stonycreek Farm.

“I started up in 1972 here. That’s when we developed the first Pumpkin Harvest Festival,” Schmierer said. “The hayride out to the pumpkin patch was our big thing, and along the way, we thought of other things for people to do on a hay wagon, like ride out and cut down a Christmas tree.”

Before moving to the farm in Noblesville, Schmierer said he previously owned 8 acres near Geist Reservoir, where he began his pumpkin business.

“It all started when I wanted something for the kids to do,” he said. “We started growing pumpkins, and then we came to sell them. We went around and put fliers on cars and everything and said, ‘Come and pick your own.’ In our third year, we outgrew the (Geist) location. We had so many people we couldn’t figure out where to park them. Nobody else was doing it at that time. We had to move.”

After nearly a half-century of selling pumpkins, Schmierer no longer relies on flyers to get the word. Each year, the much larger 47-acre farm draws more than 50,000 visitors for the Pumpkin Harvest Festival.

“We purchased this in 1971, and at that time it was just a lot of abandoned barns and buildings and pasture for cattle,” Schmierer said. “We wanted to preserve some of the history of the place, because a lot of these barns are made with hand-carved beams. These barns were built when this place was first cleared for crops back in the 1800s, and they used the trees they cleared to build them.”

Ten acres of the 47 are home to all of the pumpkins and trees grown on the farm, but because of demand, Schmierer said it’s necessary to order pumpkins and trees each year to keep in the store. The store also sells home décor items during its harvest and Christmas seasons.

At 82, Schmierer describes himself as “semi-retired.”

“When I officially retire, we’ll have someone who keeps it going,” Schmierer said. “That’s the goal, but that’s why I haven’t turned loose of it yet. I haven’t found the right person.”

The Christmas season at Stonycreek Farm will begin Nov. 19. 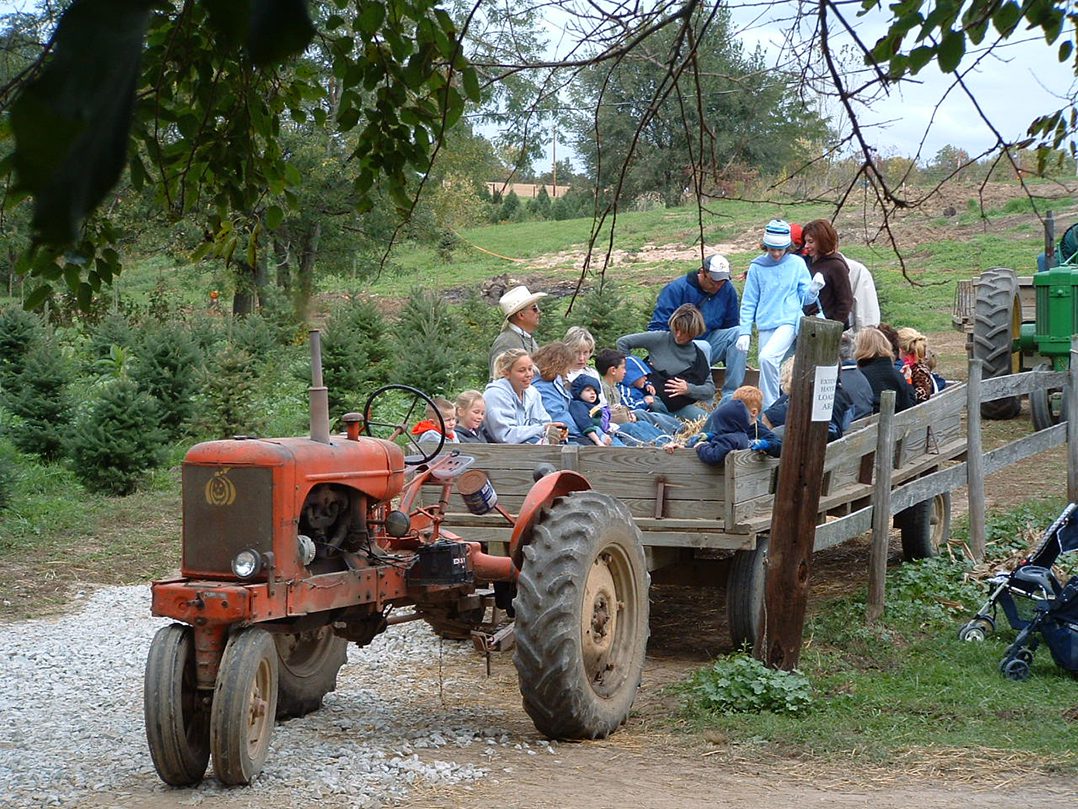 Hayrides to the pumpkin patch are a main attraction.

Candlemaking: Visit Beeswax Betty at the candlemaking building, where children can make their own candles.

Cob cannon: Shoot ears of corn at targets across a pond. 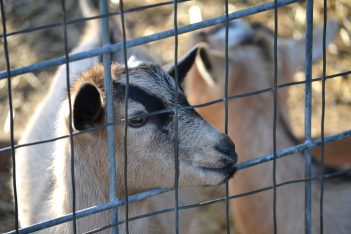 Hayrides: Hayrides take guests to the pumpkin patch to pick pumpkins and back to the hay barn. Children less than 1-year-old are free.

Highstriker game: One for adults and one for small children, swing the mallet and aim for the target.

Hoophouse maze: A straw maze for kids and parents inside the farm’s hoophouse. 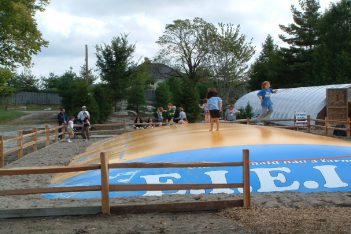 Jumping pillow: For kids 2 and older, the jumping pillow is like a bounce house without sides.

Playground: The playground includes swings, a fort, a slide, tractor tires for climbing and more. 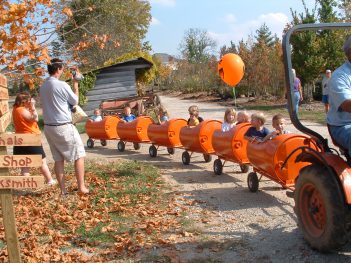 Pumpkin train: Just for kids, riders sit in barrels for a trip around the farm. 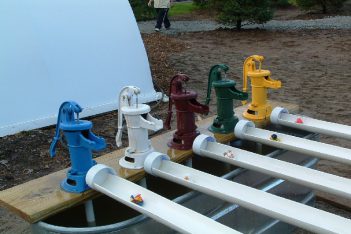 Slingshot: Launch mini gourds at targets across a pond.

Zip line: The farm’s 400-foot zip line travels through the pumpkin patch, Christmas-tree field and over a pond. 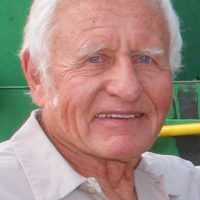 “It was an (Eli) Lilly transfer. I was working for the Elanco (agriculture) division of Lilly, and they brought me here to be in market planning,” he said. “I had started (the farm) before (Eli Lilly) put me in Colombia as a country manager. I had the farm already going at the time, so I had somebody manage it while I was out of the country for about five years – three years in Colombia and two years in Mexico. I really wanted to get back to it, so after doing more market research in other parts of the world, I decided I just wanted to stay here.”

After making that decision, Schmierer permanently moved back to Noblesville.