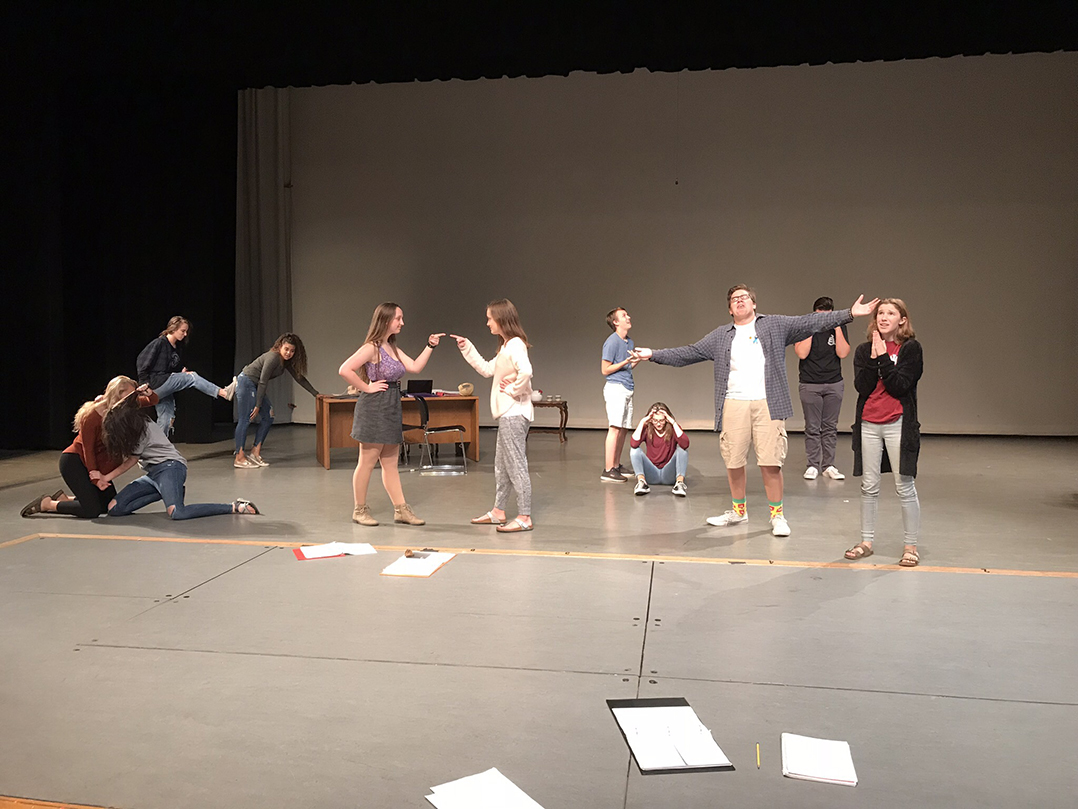 “Inspector General” was originally a Russian play that opened on Broadway in 1923. Westfield High School will perform the play Oct. 5 and Oct. 7, but the students’ version will be updated to fit modern times.

“It’s about a small town similar to Westfield, except if Westfield took a different direction into government corruption,” said Natalie Penry, a WHS sophomore participating in the play. “An inspector general is coming to the town, and the town tries to cover its tracks.”

The play is a satire. Performances will be 7 p.m. Oct. 5 and 2:30 and 7 p.m. Oct. 7. Tickets are $7 for adults or $5 for students. Performances should last approximately 90 minutes. Last year, the school’s fall play was “Sherlock Holmes.”

“It’s the first time in a long time we’ve done a play that relates to present day issues,” Penry said. “A lot of people have different opinions of politics.”

Tyler Jeffries, another WHS student, plays the lead role of the mayor.

“It’s hysterical, and we put a lot of hard work into it to make it the best we can for the (audience),” Jeffries said. “My favorite part of it is the interactions and stage presence. We all have great chemistry together and the roles all fit well with the people who portray them.”

“It gives us a way to laugh at politics without taking sides,” she said. “We are not making fun of any specific town.”