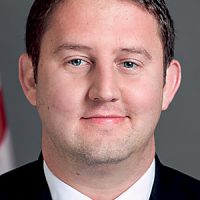 What happened: The Fishers City Council voted for an amendment to the salary ordinance to allow for a 5 percent pay raise for city council members and the city judge, 5-2.

What it means: In the 2018 budget, there is a 5 percent salary increase for city employees and the mayor. The salary ordinance did not include city council members or the city judge. Council member Brad DeReamer made the motion to also include council members’ and the city judge’s salary. The vote passed 5-2, with Eric Moeller and Cecilia Coble voting against raises. The salary ordinance will go before the council for a final vote at its October meeting.

What it means: The council approved the request for the chicken coop, 7-0. The coop will be used in educational programs at the school.

What it means: A presentation was given on open space standards and goals, which include being purposeful, activated and multi-functional along with connectivity, maintenance and flexibility. Examples given included plaza areas, allowing for courtyards or porches to interact to create a better sense of community and space and more.

What it means: No vote was taken because it was the first reading, but councilors heard text amendments regarding changes to the southern gateway to the Nickel Plate District. The amendments would allow for multi-family and mixed-use development projects near the gateways, provide standards for building features near the gateways and further define the term “office” by Unified Development Ordinance definitions.