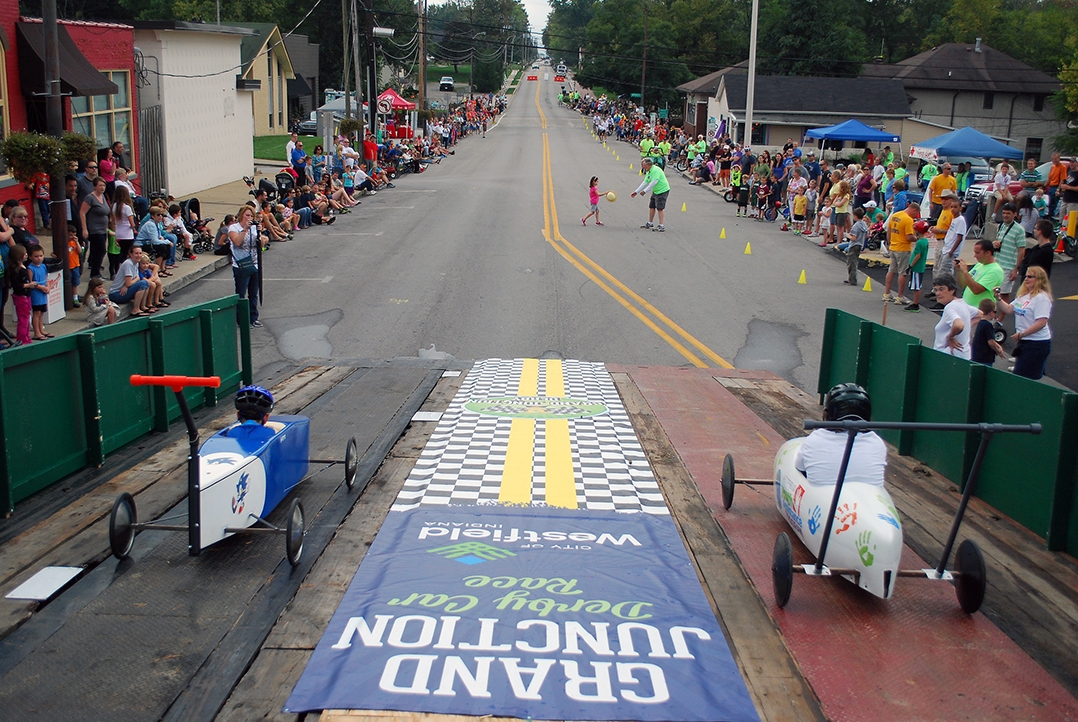 Gavin Graf, left, and K.C. Kingshill prepare to race their derby cars at a past Grand Junction Derby. This year’s derby will begin at 3 p.m. Oct. 7. (File photo)

For the seventh straight year, Westfield’s Grand Junction Derby will be on Union Street in downtown Westfield. The event is Oct 7. Westfield’s Parks and Recreation Dept. has previously hosted the event.

“The event takes place in the heart of Westfield,” Communications Director Erin Murphy said. “Residents and businesses come together to show their support for their favorite team, and it becomes a friendly competition. The event is really catered to everyone.”

“The event is very popular and really brings people together,” she said. “The crowd number has steadily increased over the last five years, with last year being our biggest crowd yet of 600 attendees. We’re hoping to have even more Westfield residents come enjoy the race this year.”

The Grand Junction Derby will coincide with the Union Bible College and Academy’s Fall Festival. Murphy wants residents to attent both events.

“Although our two events typically fall on the same day, there isn’t any overlap between the two,” Murphy said. “We encourage people to make a full day of downtown Westfield fun by attending the fall festival and then coming down to watch the race.”

Local eateries will feature deals and a beer tent during the derby, Murphy said.

The race begins at 3 p.m. and usually wraps up by 5 p.m. To register a car or for more, visit westfieldwelcome.com/grand-junction-derby/.