You are at:Home»Current in Zionsville»Zionsville Community»Police arrest 2 for entering teacher’s vehicle at Zionsville Middle School 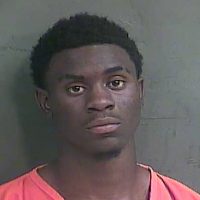 A police report stated both suspects fled on foot when questioned. Zionsville Police Dept. Sgt. Adrian Martin said the suspects then got into a white 2005 Nissan Altima and fled the scene. Police conducted a traffic stop on the vehicle at gunpoint when they located it.

Officers arrested Prestige Brown, 18, and a 17-year-old male. They have been charged with unauthorized entry of a vehicle. Police said a third person is believed to have been driving the vehicle but has not been arrested. The investigation is ongoing.