You are at:Home»Lifestyle»Travel»Column: Tomb of Akbar the Great 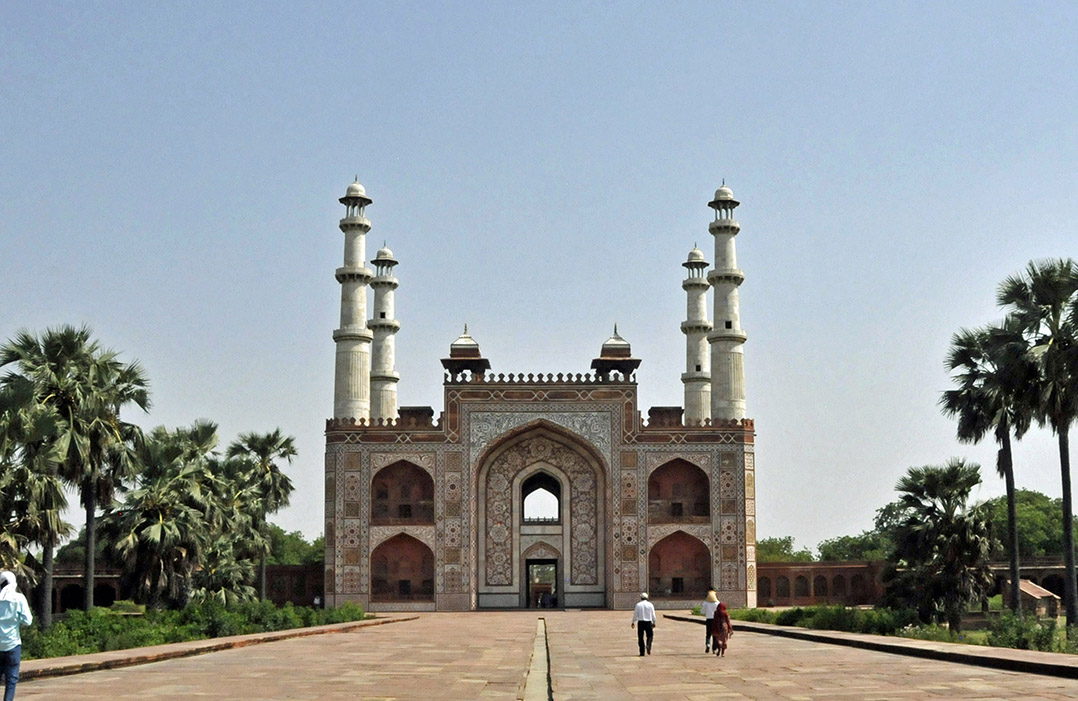 Inside south gateway of Akbar’s tomb (Photo by Don Knebel)

Akbar the Great was, as his name suggests, the greatest of the Mughal emperors, ruling a large portion of what is now India from 1556 until his death in 1605. Revered both for his military successes and his religious tolerance, Akbar is honored by a magnificent tomb complex near Agra.

Akbar began construction of his own tomb in Sikandra, 5 miles from Agra, an important imperial city. After Akbar’s death, Jahangir, his son and successor, continued the work, completing it in 1613. Akbar’s tomb is located in the center section of a four-story tiered pyramid, more than 300 feet long on each side, lying at the center of a square garden. The garden surrounding the pyramid is divided into four equal quadrants by water channels, symbolizing the four rivers of the Garden of Eden, which Muslims identify with paradise. The walls of the tomb area are covered with intricate floral and arabesque carvings, along with 99 names for Allah. An inscription over the tomb entrance reads: “These are the Gardens of Eden: enter them to dwell eternally.”

The 120-acre garden is enclosed by red sandstone walls, each nearly a half-mile long, with a gateway at the midpoint of each wall. The gateway on the southern wall is the most photographed structure in the entire complex, with an enormous central archway and 20 panels inlaid with white marble, black slate and colored stones. The southern gateway was inspired by the Buland Darwaza, a gateway built by Akbar at Fatehpur Sikri, his capital at the time, to celebrate a military victory. Shah Jahan, Akbar’s grandson, copied the four minarets at the corners of the southern gateway in his design of the nearby Taj Mahal.

When you visit the Taj Mahal, take a short side trip to Akbar’s tomb. You will be glad you did.