You are at:Home»Current in Carmel»Carmel Community»Chick-fil-A franchise owner’s project supports orphans in Haiti

Jeff Mosley has long been touched by the plight of orphans in Haiti.

During a run on the Monon Trail, the Carmel resident started to think about ways to raise awareness and funds for a Haitian orphanage, which is home to 55 children. 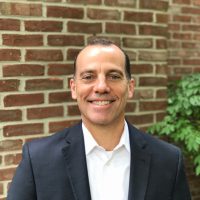 “I started thinking about 55 kids, 55 runners, 55 minutes, 55 hours with the hopes of raising $55,000 for kids,” Mosley said. “They simply don’t have enough food, medicine and education or shoes or whatever they need. Every month is a huge struggle.”

Mosley, who owns two Chick-fil-A franchises in Indianapolis, created Project 55, where participants will use a treadmill or a stationary bike for 55 minutes each at Mosley’s Chick-fil-A at The Crossing, E. 82nd St. in Indianapolis.

“You can bike or walk or run on the treadmill,” said Mosley, whose other store is in Broad Ripple. “To secure a spot it’s $55 and they’ll have their own fundraising page. If they raise a $1,000, they get free Chick-fil-A for a year. It’s 55 combo meals, so basically a little more than one per week.”

All 19 Indianapolis-area stores are hosting Cookies for Kids, giving proceeds from sales of single and six packs of cookies Sept. 21 to 55 Project.

Mosley said his family has been going to the orphanage for the past five years on mission trips. Mosley and wife, Leah, have two sons, Micah, 28, and Clay, 23,  and a daughter Emma, 20. All are Heritage Christian School graduates. Micah has been particularly involved in setting up 55 Project.

Mosley and his two sons, all avid runners, will take their turns for the 55-minute workout.

Mosley, who has lived in Carmel for 17 years, has owned Chick-fil-A franchises for 20 years. His first one was in Southern Indiana. He previously owned one in Castleton Square Mall but gave that up to open the Broad Ripple store three years ago.