In recent years, it has become a cliché to lament jazz as a dying art form. However, if the 2017 edition of Indy Jazz Fest is an indication, jazz is not only alive and well, but it is a vibrant and thriving musical art form with an enduring legacy and promising future. Now in its 19th year, the festival has played host to some of the giants in jazz, blues and R&B. Legendary artists such as Sonny Rollins, Herbie Hancock, Dave Brubeck, Ray Charles, James Brown, Aretha Franklin and Bela Fleck have all performed at the festival since its inception in 1999.

For Indy Jazz Fest director David Allee, jazz continues to be a major presence in other art forms.

“You see it in romantic movies all the time,” Allee said. “There’s usually a Frank Sinatra song played at some point to set the mood.” As owner and operator of the Indianapolis jazz club, the Jazz Kitchen, Allee bears witness to the strength of the jazz scene.

“I don’t see it as a dying art form,” he said. “A lot of hip-hop artists are very tuned into what’s going on in jazz right now. As far as the popularity of jazz goes, it’s always been an ebb and flow. Jazz tends to be reflective of society, of people’s freedom of expression.” 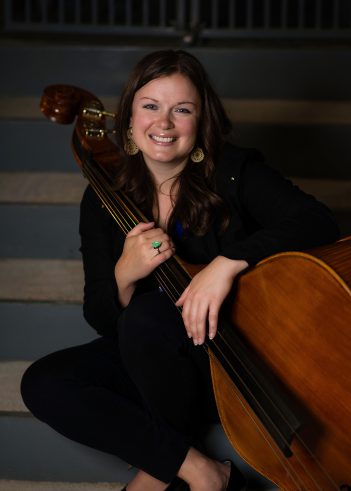 Allee also acknowledged that one of the primary goals of Indy Jazz Fest is jazz education and getting the message out to younger generations. One of those messengers is Bethany Robinson, who serves as president of the Indiana Jazz Educators Association and leader of the Indiana All-State Band.

“Jazz education is crucial,” she said. “It teaches history, democracy and the cooperative aspect of improvisation. Listening to this uniquely American art form gives us a better understanding of who we are.”

Robinson, who teaches at Noblesville High School, is a jazz bassist who will perform with singer Everett Greene at the Jazz Kitchen in October.

For her, playing alongside jazz legends is a transformative experience.

“When someone who is a living legend crosses your path, your life is changed forever,” she said. 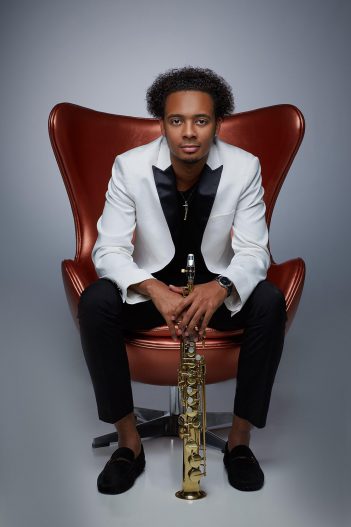 “I want to show  the versatility of jazz,” Thompson said of melding other musical styles with jazz. “I want to show that I can take anything and transform it into jazz. I can use rap or hip-hop and blend those elements as a way to broaden the genre.”

The highlight for Thompson, though, will be the performance.

“There is nothing like playing live,” he said. “It’s an awesome experience to be in that beautiful place that allows for spontaneity and creativity.”

That spontaneity and creativity will be on full display when the legendary organist Dr. Lonnie Smith takes the stage at the Jazz Kitchen Sept. 16 as part of the Organ Summit. Smith was recently named a 2017 National Endowment for the Arts Jazz Master, the nation’s highest honor for jazz musicians.

“I’m very proud of that honor,” Smith said. “It’s a very big honor. All of your endeavors are recognized and honored. How can you beat that? You can’t top something like that.” 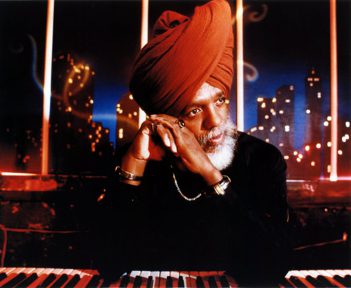 Asked if he is looking forward to returning to the Jazz Kitchen, Smith responded with an enthusiastic, “You betcha! It brings back memories of the last time I was there and visited with Mel Rhyne.”

Rhyne, who passed away in 2013, was an Indianapolis native and renowned organist who was best known for his work with fellow Hoosier, guitarist Wes Montgomery.

“I always have a lot of fun there,” Smith said. “It’s like I’m waiting to get out of the gate, but I just have to wait until I get ther. When I’m out there, I just go out and enjoy myself. You have to play life, not just the notes. You have good and you have bad in your life, and that life comes out in your music.”

When asked if he prefers the stage or the studio, Smith was emphatic. “Stage, stage, stage! Stage is always in the moment for me,” he said. “I get the vibe from the audience, the electricity. It’s like fire. When I play, that’s my richness.”

For a complete list of performers, venues, dates, and times visit indyjazzfest.net.