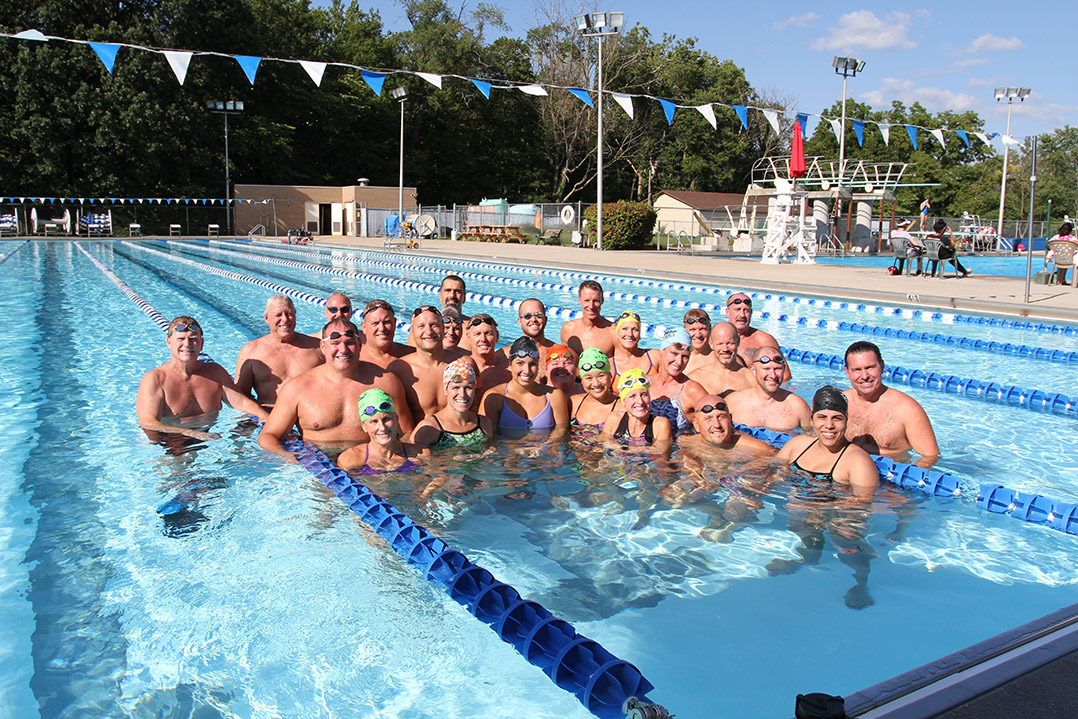 The Noblesville Adult Swim Team, Inc., looks back on its history and prepares for upcoming fundraiser in Noblesville Brewfest. (Photo by Sadie Hunter)

“There were activities within the confines of the pool that were, for lack of a better term, illegal in some cases,” Randy Crutchfield said. “People were afraid to come to the pool. It was not a safe environment.”

Crutchfield said there were small drug deals on the pool deck and older kids bullying younger kids and taking their money. That was just part of the problem.

“The pool was in dire need of repair,” Crutchfield said. “When the city decided to close and the county didn’t want to reopen back up, they were going to lock the gates and,  rumor had it, turn it into a parking lot.”

Crutchfield said the Noblesville Adult Swim Team Inc., wanted to save the pool and formed a nonprofit called Friends of Central Pool Inc.

“We felt we could make a safe family environment,” said Crutchfield, a longtime member of the team and nonprofit. “Not that we didn’t have growing pains because of the reputation the pool had.”

For the eighth year, the group will hold the Noblesville Brewfest from 3 to 7 p.m. in the Shelter area at Forest Park. The Brewfest, the group’s biggest fundraiser, added a wine garden in 2016. The event’s premier sponsor is the Noblesville Township Trustee’s Office. It supports the Aquatic Center, which includes a 50-meter, 10-lane racing pool and a baby pool. There also is a 25-yard diving well that has a 5- and 10-meter tower. Former Olympic diving coach John Wingfield holds Ripfest diving camps at the pool.

Crutchfield said the NASTI members do all the work in the spring to get the pool ready to open.

“We have people on the swim team that have different expertise because of their professions,” Crutchfield said. “They’ll provide plumbing or carpentry or whatever is necessary throughout. The same group helps get the pool ready for winter.”

The young swimmers of the Noblesville Swim Club and their parents also lend a helping hand, especially in the spring, Crutchfield said.

Greg Baker, who is in his third year as Brewfest chairman and a NASTI member, said “with the summer being only two months long for the school kids, it’s very hard for the pool to be self-sustaining as far as membership and daily fees revenue.”

Baker, who has lived in Noblesville since 1984, is one of approximately 90 NASTI members. The team holds competitive practices through the week and some meets on the weekends and competes in some short-course meets, including a state meet.

Baker, 65, said the team’s members range from 19 to 80. Some members were college swimmers.

“Without the money we raised (over the years), the pool would be closed,” Baker said.

“If not for the Brewfest, the pool would not be there,” he said.

Julia Shildmyer-Heighway, a Lawrence Township resident who works as community engagement manager for the Center for the Performing Arts in Carmel, has been a NASTI member since 2013.

“They’re good people and fun to be around,” Shildmyer-Heighway said. “They are welcoming to people who were competitive swimmers growing up and people like me who were not, but really enjoy swimming. It’s a good atmosphere.” 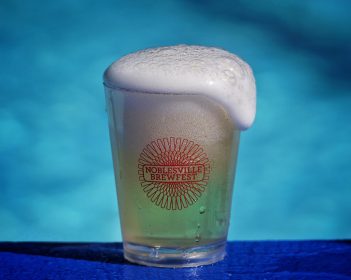 The first Brewfest in 2010 drew less than 200 people, leaving organizers wondering if there would be a second one.

“We didn’t know if it was big enough to bring the breweries and distributors back,” Brewfest chairman Greg Baker said. “They came back, and we’ve grown every year.”

“We’re fortunate that we have sponsors that cover most of the event’s costs, like renting the tents and that kind of thing,” she said.

The Doo! Band, formerly known as Zanna Doo, will perform.

Designated drivers are admitted at no cost. Regular admission includes a tasting cup and unlimited access to samples. There are more than 25 brewers represented. There will be four distributors providing beer in bottles and cans.

“We’re not just craft beer, but we got everything else that goes along with it,” Baker said. “For the first time, we’re having a craft cider company. For the second year, we’re having a wine (garden).”

Prior to the Brewfest, a silent auction dinner dance served as the Friends of Central Pool’s main fundraiser.

“Well, the only people that went to it were the Noblesville Adult Swim Team members,” Friends of Central Pool board member Randy Crutchfield said. “We were funding our own pool, and it was only raising a few thousand (dollars).”

Tickets: $40 in advance, $50 day of event. Tickets are available from any NASTI team member, at Noblesville Vintage Spirits and online at noblesvillebrewfest.ticketleap.com/2017