You are at:Home»Current in Zionsville»Zionsville Cover Stories»‘Not Yet’: Song lyrics inspire retired educators to write children’s book on perseverance 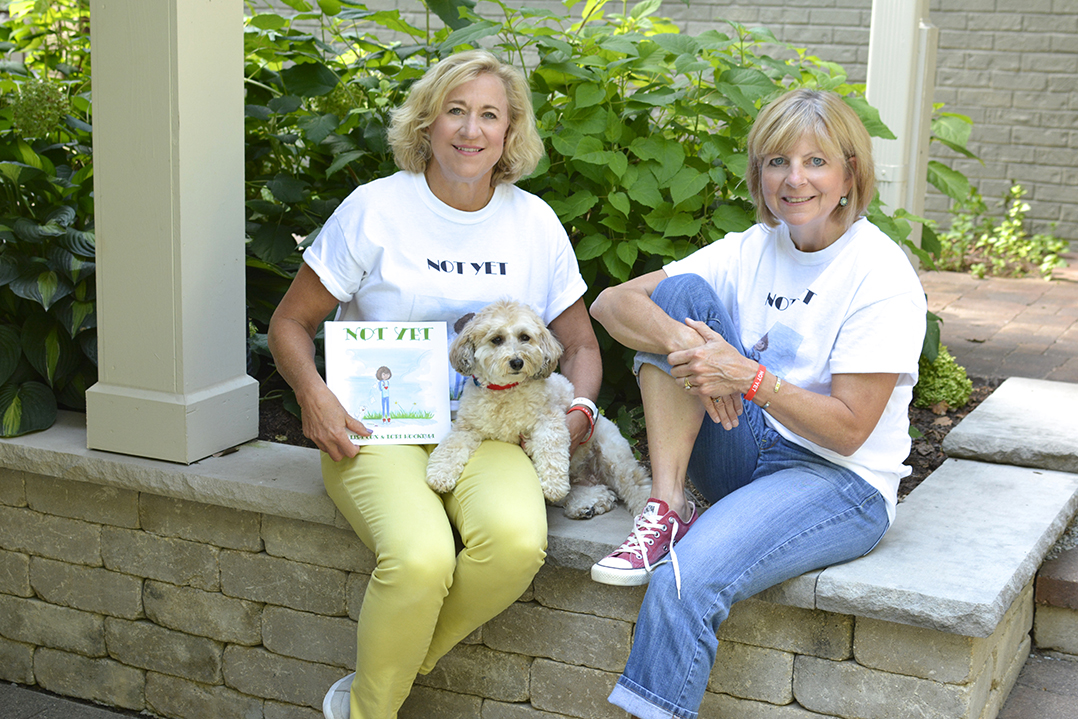 From left, Lori Hockema and Lisa Cox display “Not Yet,” a children’s book they co-wrote. Hockema’s dog, Doodle, is a character in the story. (Photo by Lisa Price)

Lisa Cox thought she’d written the lyrics to a great song. She shared it with her friend, Lori Hockema, who disagreed.

“That’s not a song, that’s a children’s book,” Hockema said.

The Zionsville residents and former educators spent nearly a year revising and adapting the lyrics into the book, “Not Yet,” about a young girl who makes mistakes but keeps trying to do her best. The girl assures herself that she’s “not yet” ready but will eventually “get there.” 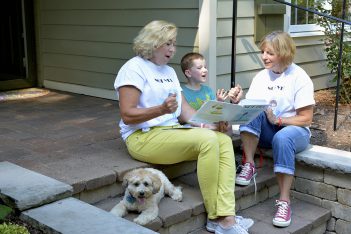 Lori Hockema, left, and Lisa Cox read their book, “Not Yet,” to Grayson Price. (Photo by Lisa Price)

The authors said the book’s message also fits with Zionsville Community Schools’  “Strong in Every Way initiative,” a human capital campaign to help students develop resilience and believe in themselves.

Cox, who recently retired, wrote the lyrics last year while she was a counselor at Stonegate Elementary. She was thinking about the growth mindset, focusing on the process of learning versus the end result. The growth mindset embraces mistakes as learning experiences.

“No matter how many books are out there you cannot feed kids positive messages enough,” Cox said.

Hockema said the message of perseverance also comes through in the book.

“Persevere through what you’re doing,” she said.

Cox and Hockema worked closely with an illustrator to create a character that would appeal to all children. The authors combined their first names to create Lorisa’s name.

“We wanted people to say, ‘Adorable, and she looks a little like me,’ no matter what you are,” Cox said. “That was a labor of love.” 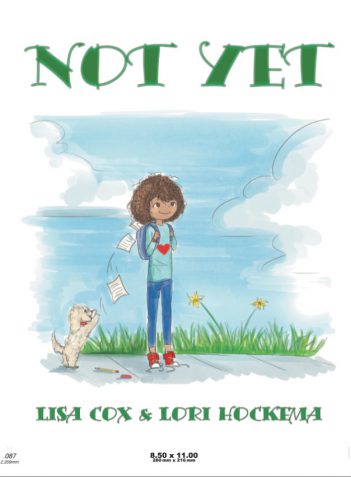 “Not Yet” is available at Black Dog Books and Amazon.com

Lorisa wears red shoes with shoelaces that are always untied. She’s disheveled and wears a power bracelet to give her confidence. Whether she spills milk, is afraid to dive or has trouble with math, Lorisa believes in herself and keeps working toward her goals.

While writing the book they added Hockema’s dog, Doodle, to the story as something that would appeal to kids.

Cox and Hockema agree that the message in the book paralleled their experiences writing it.

“It’s kind of what we did with this book. We enjoyed the process,” Cox said.

The two met decades ago when Cox was interviewed by Hockema for a teaching position.

“We’ve been with each other through countless good times and countless hard times,” Cox said. “I would call her a sister as much as a friend.”

Cox began writing lyrics as a hobby, and it became a refuge after being diagnosed with Parkinson’s disease in 2012.

“If I didn’t have that giddy fun I would have probably been really down,” she said.

Cox primarily writes song lyrics and has written for the country duo The Hobbs Sisters.

“It’s my favorite type of writing,” she said. “You have less than three-and-a-half minutes  to tell a complete story, and you have to repeat the story three times.”

Because “Not Yet” is self-published, Cox and Hockema market the book on social media and make public visits with Doodle. They visited a library in Illinois during the summer and will be at Black Dog Books in Zionsville from 11 a.m. to 1 p.m. Sept. 16 for a book signing.

“It’s a labor of love, because we believe in the message,” Cox said. “This is more for us than a business and making money. We’re passionate about this.”

Eventually, the pair would like to write a story from the perspectives of Lorisa’s brother and grandmother.

Both enjoy The Friendly

Favorite Book (after Not Yet):

Cox – “To Kill a Mockingbird”