Riverview Health is setting a trend with a new knee-pain treatment. 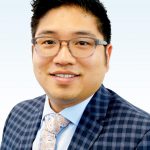 Hui said a middle-aged skier, whose knees might not be as strong as they once were, might have the procedure before a skiing trip to Colorado. Hui said it is approved by the Food and Drug Administration for use for arthritis as well.

“We’re using a device called iovera. It’s a bit larger than those silly oversized pens, (but) it’s kind of like that. (The needle is) about 6 inches long,” Hui said. “It’s powered by liquid nitrogen; that’s how it generates the freezing. This device ends up freezing the nerve for us. It’s a temporary blunting of the nerve, and after awhile, it wakes back up.”

The treatment lasts from six weeks to nine months and can be repeated.