You are at:Home»Current in Zionsville»Boone County Commissioners hope fine will deter bridge jumpers

Boone County Commissioners are working to ensure people stop to think before they take a leap off any county bridge.

The three commissioners unanimously passed an ordinance last month that allows for a fine of up to $1,000 for jumping or diving off the bridge.

There has been an increased number of calls to the Boone County Sheriff Dept. during the spring and summer about people, mostly teenagers, jumping off of Holliday Bridge in north Zionsville into the water below. 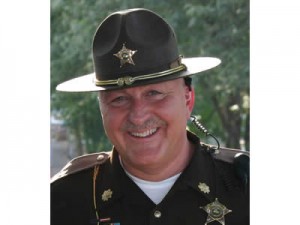 There will be a sign posted warning against diving or jumping off the bridge and the fine.

“I absolutely believe it’s the right step, not just about the Holliday Bridge but any bridge in the county that is county-owned,” Boone County Sheriff Mike Nielsen said. “I definitely believe it’s important we have an ordinance that covers that kind of activity.”

Craig Parks, from the Boone County Highway Dept., will arrange putting the signs around the bridges. Previously at Holliday bridge, there was a no trespassing sign on the owner’s property.

Nielsen said the main issue is the safety of the people jumping off the bridges.

“The water is not deep in a lot of the sections, and they could be hurt or possibly killed if they dove in and water wasn’t deep enough,” Nielsen said. “It’s important we do everything we can to make sure the public is safe.”

Bob Clutter, who serves as Boone County Attorney, said he drafted the ordinance.

“They want the fine sufficiently large enough to act as a deterrent,” Clutter said. “This is a dangerous activity that folks are participating in, so this will hopefully make them think twice before doing it. Hopefully, it will be completely detering it.”

Clutter said it likely became more of an issue this summer because of social media.

“Someone showed a Facebook post of kids jumping off the bridge,” Clutter said. “It likely generated more interest than word of mouth.”

Commissioner Marc Applegate said many teenagers were coming from other nearby counties to jump because of the social media posts, which added to the problem.

Applegate said he initially was concerned about the steepness of the fine, but Clutter explained $1,000 was the maximum and it would be left up to the judge’s discretion.

“It’s a shame, but kids are kids,” Applegate said. “The owner was upset about them being on his property, and I’m sure he had liability concerns.”