You are at:Home»Current in Noblesville»Annual street rehab projects begin 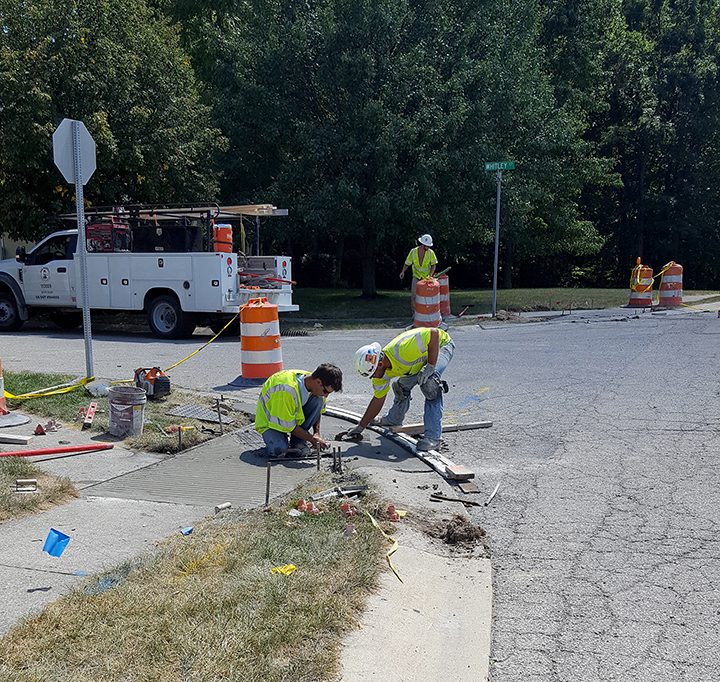 ADA curb ramp repair was done two weeks ago on Banbury Road ahead of resurfacing as part of the 2017 street rehabilitation program. (Submitted photo)

A few weeks ago, Noblesville began its street rehabilitation projects.

The projects are aimed to make improvements to infrastructure in the city.

The city said this year’s list of rehabilitation projects has expanded to include more asphalt replacement than prior years.

“Over the past year, we have completely inventoried and viewed all streets and alleys. Once each road is evaluated and graded, a street rehabilitation list is made based on priority,” he said. “We make every effort to address the worst ones or areas.”

City officials said signs are placed on-site one week before construction begins, and mailings will be sent to affected homeowners. Local residents and drivers should expect some inconveniences, including traffic delays, temporary loss of street parking, construction noise and access restrictions.

Project status and updates will be reported via the city’s social media feeds. For more, contact the Noblesville Engineering Dept. at 317-776-6330.