You are at:Home»Current in Zionsville»Boone County libraries select best-seller for United We Read

This year’s United We Read book is rather different than recent selections of lesser-known novels with male protagonists. 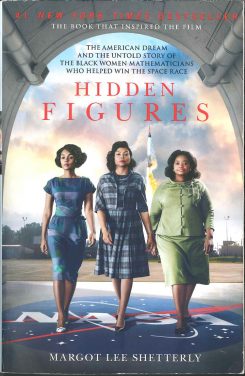 ‘Hidden Figures’ is the 2017 United We Read selection in Boone County. (Submitted photo)

The female-centric best-seller “Hidden Figures,” by Margot Lee Shetterly, was chosen by librarians from Thorntown, Lebanon and Zionsville to be read during October throughout the county.

“Hidden Figures” follows the true stories of four African-American women navigating their NASA careers during the 1960s. The book was made into a movie in 2016.

“We like to pick books that are not necessarily obscure but not runaway best-sellers,” he said, noting programming opportunities and the appeal to various ages impacted the choice.

The committee is restricted to selecting books available in multiple formats, such as large print, digital and paperback.

“There’s a lot of great books we would have loved to pick,” Ortwein said. “There’s only so many books that would have hit all those (formats).”